Why I Shave my Face

Growing up, word on the street was never ever shave until you absolutely have to. Why? Well if you shaved, your hair was going to grow back blacker and thicker than before meaning you’d have to shave more frequently. Embarrassingly enough for me, I didn’t shave until I was so hairy that the kids at school were making fun of my hairy legs and telling me I needed to shave (or else.) Now that I reflect back I think of one major thing. They were total and utter assholes. We were all too young to be shaving, but it’s because we’re growing and consuming at a higher level than we did a few decades ago. Everything is a bit more sped up and elevated these days, so it makes sense that my leg shaving came earlier for me in comparison to those in my family. We really push people here. 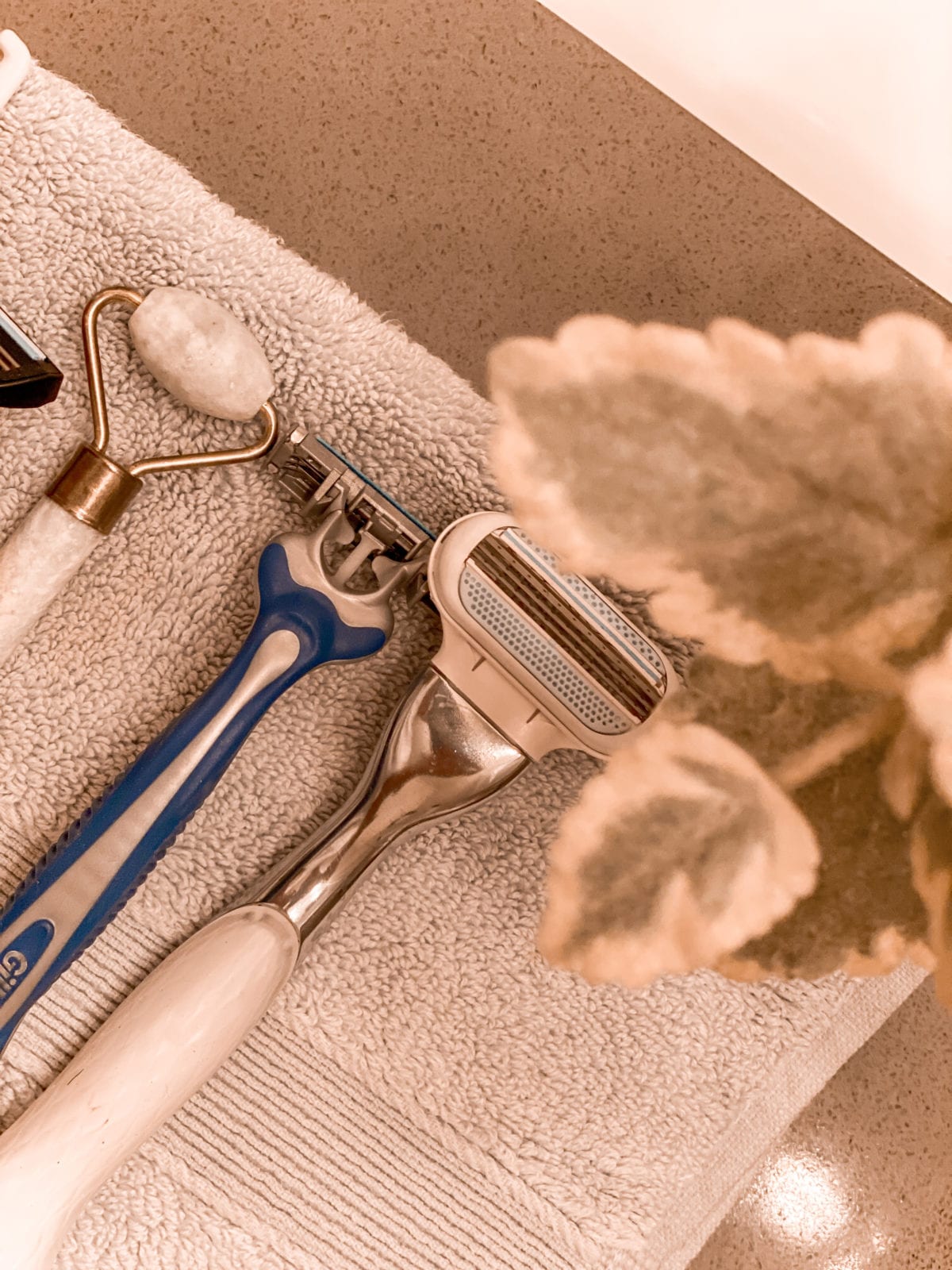 After a long day at school, someone mentioned it to me multiple times, so I decided I was going to shave after school. I locked myself up in the bathroom. Got my razor, and started to shave. The first few strokes were easy, but then I ran out of soapy skin and cut myself. The blood started to rush, and I got a little panicked. After stopping the bleeding (while still in the shower) my mom started to knock on the door. She was asking if I was okay. I told her I was fine but just taking a thorough shower. She knew something was up, unlocked the door eventually and caught me bleeding from my shins with the razor in my hand. I was definitely in trouble upon first glance, but I told her what had happened at school. Kids were making fun of me. “I had to shave” was my claim to fame, and truthfully it felt like the truth because the kids would not drop it.

What I Use to Shave

When it comes to my face, my first choice is a derma planning tool, whether it's the one from Stacked Skincare or Amazon, varies from day to day. My second and third options are razors that I use to shave the rest of my body. Lots of options here that I've tagged below.

Something I've read across various sources is the mention that men's skin is so gentle and soft, and it is because they shave their faces. After getting my face waxed for over 7 years, and doing a lot of research, I found the face waxing actually pulled my skin and make it more laxed. It's why I'm having issues now with the loss of elasticity and collagen. All those years of waxing, and them claiming they weren't tugging my skin, but I felt the tug every time the waxing happened.

Long-term I find that using the same razor you use for the rest of the body (use it before the rest of your body) is the most cost effective option. Waxing usually requires a membership, and needs to be done every few weeks, depending on your growth.

Since beginning to shave my face, I haven't seen more intense and darker growth. Make sure to lather up and have a nice soapy face wash on the skin before shaving. I love using my PCA Skin cleanser because it does have a nice foaming lather, which helps to ensure you don't cut yourself. When you get to tough spots (upper lip) it's best to pull the skin out a bit and give the razor a smooth surface.

I haven't had issues with dryness, but I have seen a nice turn on the exfoliation path. When you shave the face, you're exfoliating the skin which is a blessing in disguise. Over time, my skin has gotten softer, and my makeup glides on much more smoothly after shaving the skin (more so than it did when I was waxing for years.) While it may seem odd, it is definitely a viable option to consider long-term.

Have you tried shaving your face? What were your thoughts?