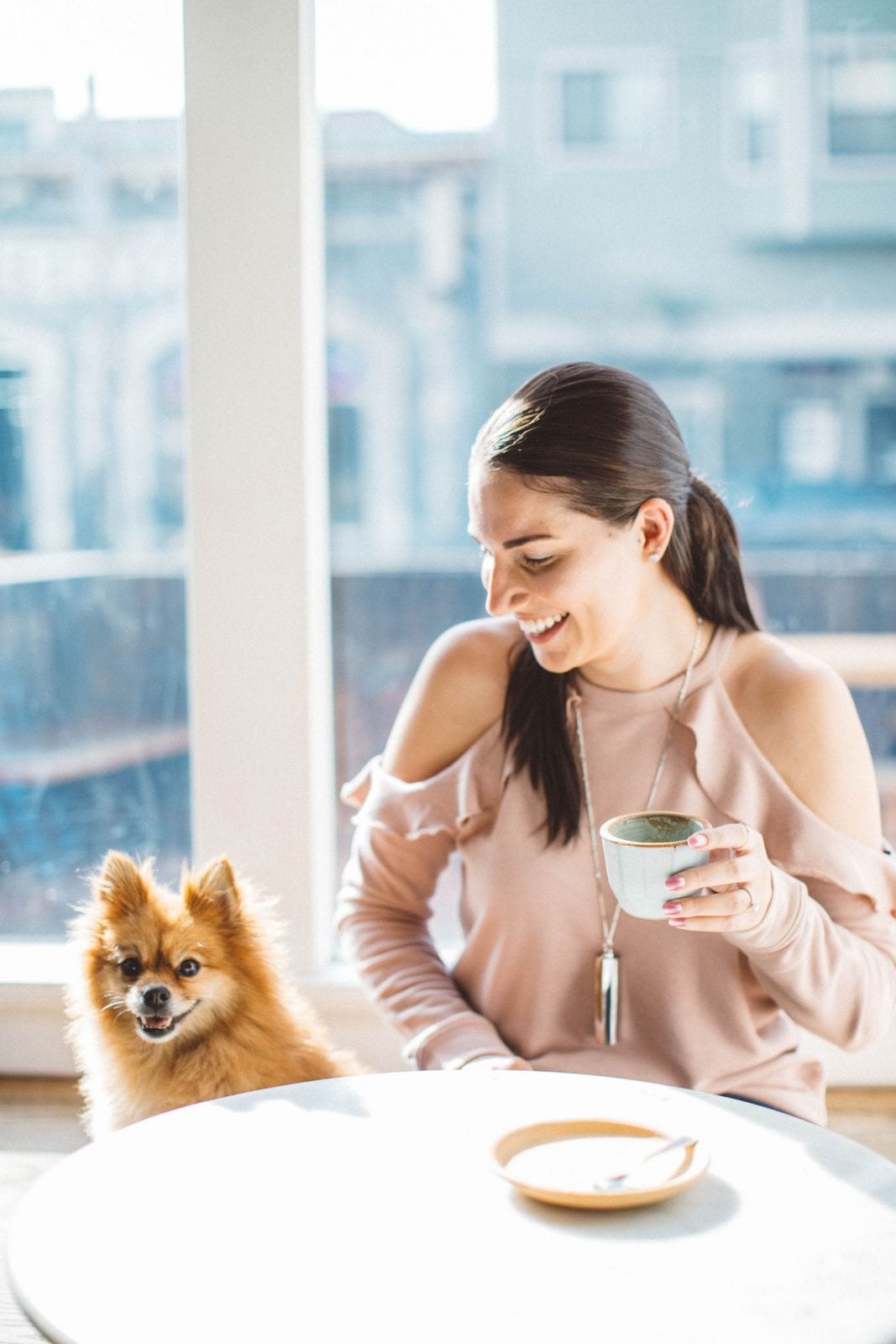 Getting Real Over Coffee

The Imperfections Throughout My Life

While I've been somewhat of an open book the past few years, there are some things I have kept really private. Mainly because I don't want certain people to get in trouble, and also because I am slightly embarrassed when it comes to a few things. These are things I've only told my closest of friends. However, I thought I'd go through it with you today. Grab a cup of coffee or tea, and join me. I may need a tissue. Or grab a glass of wine so we can just vent to one another. 5 o'clock somewhere right?

I was born in Bosnia in 1991. War broke out. Genocide to be exact. After the war was in its final stages, we decided we would leave Bosnia and flee to the United States.  When we came to this great country, we were taken in as refugees by a Catholic Church in Philadelphia, Pennsylvania. After several months, my dad was able to get a job and we moved away from our kind hosts, and into our own apartment. My dad's life long dream of being a pilot took a long time, but he eventually got there. Almost 4 years later, his job moved us to Los Angeles. The city of dreams. I remember the traffic, the smell of my dad's Cessna place exhaust as he'd take off to teach his students, and of course the smell of In 'n' Out as we'd watch planes take off at LAX.

When 9/11 happened, I had my friends pleading with me not to put "bombs" under their beds. At the time, I had no idea what they were even saying. I had no affiliation to Islam, but because they knew I was from Bosnia, they feared for their lives. I was ostracized. Embarrassed. I honestly didn't want to be in school. I couldn't understand why these kids would ask such things of me, or what they even meant. When I asked my mom, she explained to me, but then I just got angry because I was being accused because of where I came from and what people assumed they knew of Bosnia.

All I have to say about this one is that I understand abuse really well, and only my closest friends truly know what I went through many years ago. While I want to share my experiences, I prefer to stay discreet as the individual in question has received the help they need.

First off, I studied psych in college and majored in it. In addition, I had a boyfriend (who I met in high school back in California and ended up going to University of Arizona) who had a mental illness. It caused a lot of rifts in the relationship, and ended in the scenario that I "was the other girl" mainly because he didn't realize he had a girlfriend. I found out by receiving a nasty message from her, which I did not take lightly. It was a huge mess, but I regret not acknowledging the illness because the signs were there.

There were instances when I was with my best high school friend and he would call and tell her he would end his life that night. While I cared about him, it was just a miserable friendship from the beginning and not something I'd wish upon anyone. I should have had his parents send help much sooner than I did. You learn a lot of lessons along the way because no one trains you to say or do something in such a situation. It's just something you have to deal with in the moment. I dealt with it as best as I could back then.

I am ashamed to admit I have been ignorant about many things. To be completely honest, I am still ignorant about some things, but I'm trying to get more educated. I don't like talking out of my ass, and this is something I have learned NOT to do over the past five years with my fiance. He is well educated and keeps my mind open about all things. Whether it's science, politics or emotions. 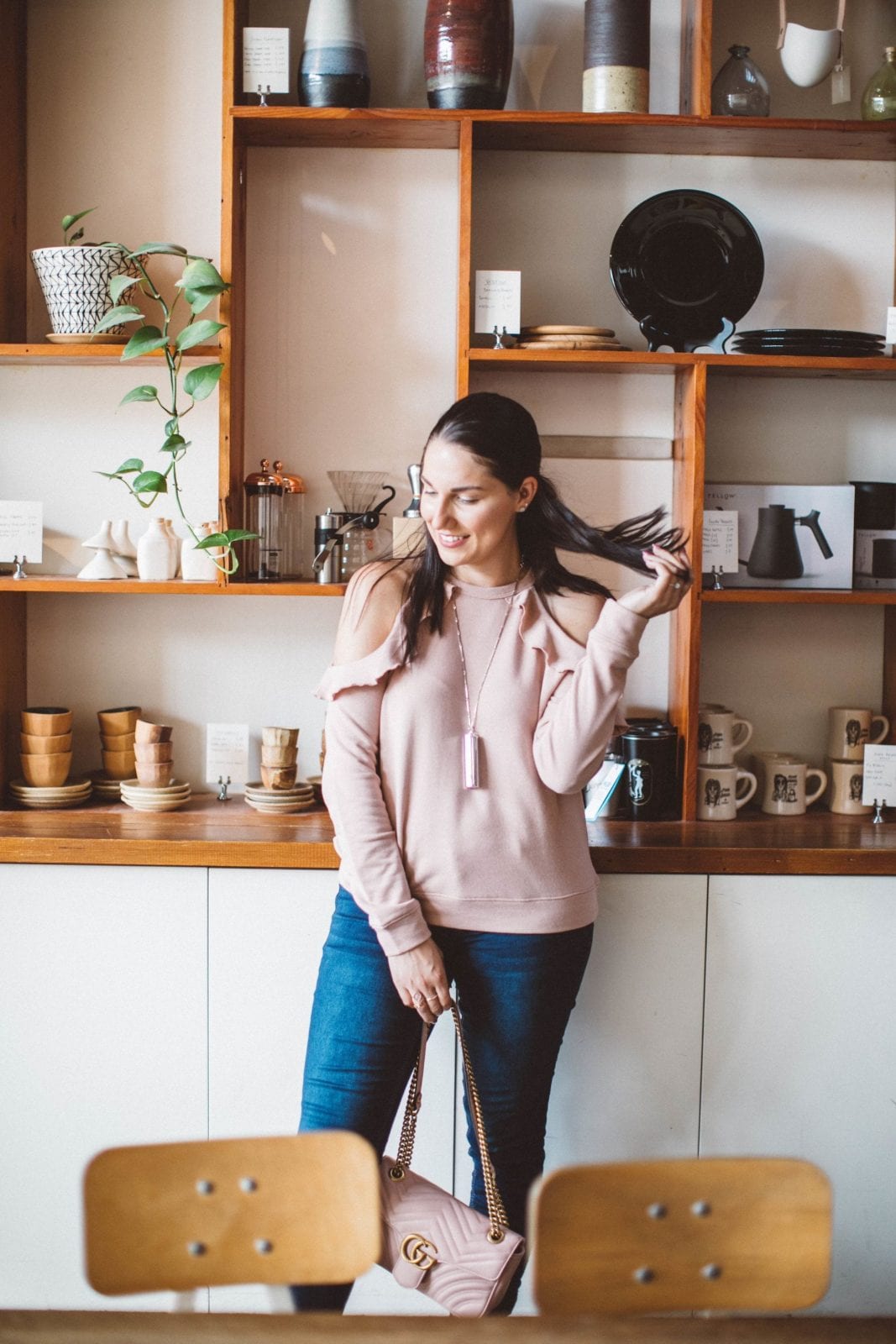 Back in freshman year of college, I had a moment where I felt lost. My boyfriend at the time was cheating on me with my sorority sister (real sisterly if you ask me) and I was homesick feeling very alone. Because of his cheating, I got mono, and I was out for almost 3 weeks. I couldn't eat, I couldn't sleep, I couldn't swallow. It was the worst pain I've ever been in, and I didn't have my mom to take care of me. I felt like taking a bunch of ibuprofen to help me sleep for a day or so just to let the pain subside for a while. I told my girlfriend at the time I was going to take a bit more of medicine to hopefully take my pain away for the day. She freaked out, called the police and ended up banging on my door. I was escorted to a hospital where I was monitored for depression. It was definitely one of the lowest points in my life, and I was sick for almost a month straight. DO NOT share your drinks or boyfriends in college, kids. Mono is a bitch and not something you want to come down with for weeks. Truly the absolute worst pain of my life. Worse than heartbreak. 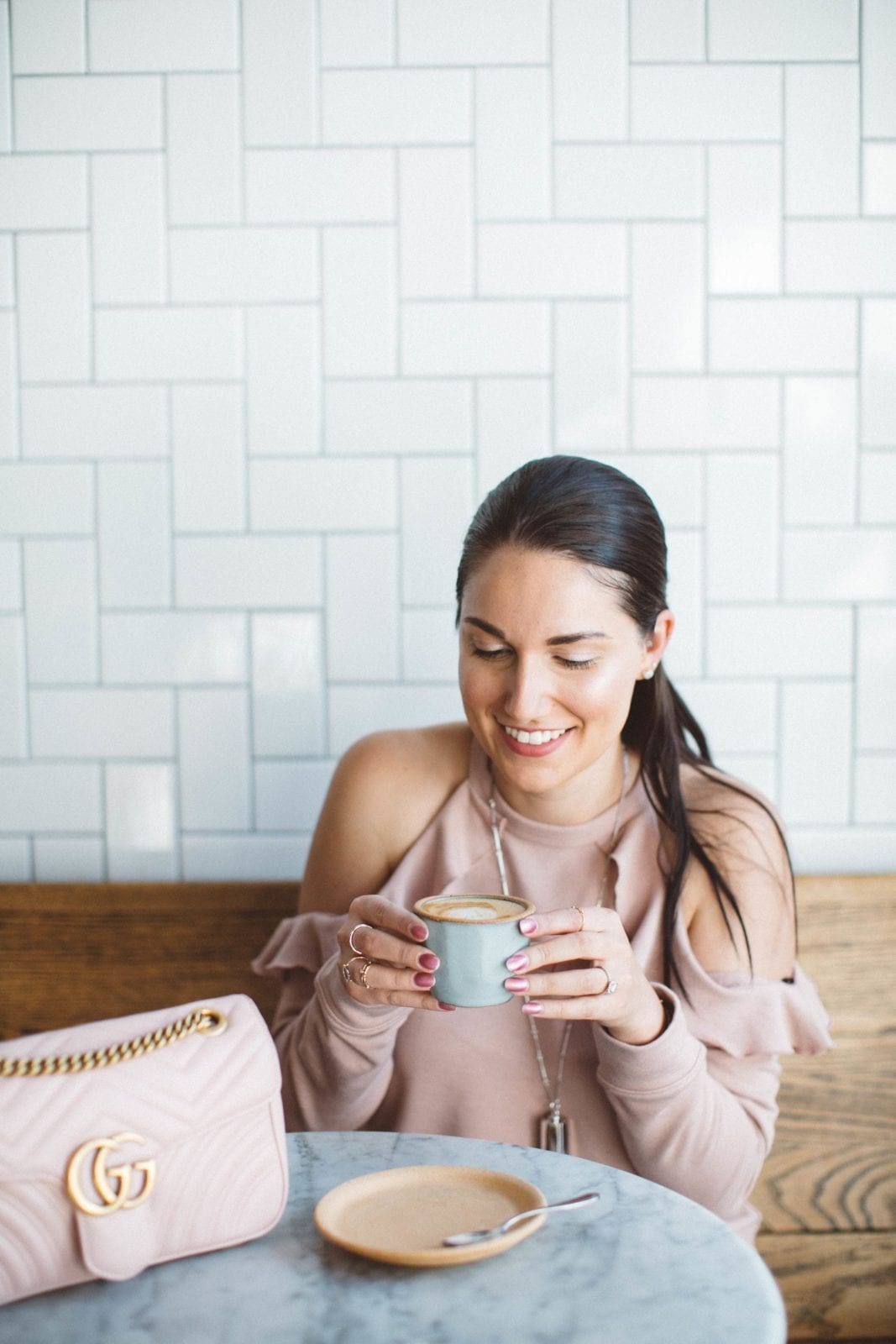 All photos were taken by the lovely Julia O Test.

Growing up, I had a lot of anger because my parents didn't let me do a lot of things. I couldn't go to theme parks with my girlfriends because they were worried I would fall out of a rollercoaster seat. I understand a lot more now. Given they fled their country to save our family, and didn't know America and all it had to offer, I do understand they were afraid I would get hurt. However back then, I just had a lot of resentment. I was couped up in a room with a Biology book on my lap, trying to stay sane with AIM (remember AOL Instant Messenger) and just browsing the web.

I realized my anger went beyond just my childhood, as I had a lot of it when I drank in college. I've done some unforgivable things including smack a girlfriend across the face when she called me the dreaded C word. I have also shoved and pushed people, even hit them when they angered me too much while drinking. Thankfully, I've grown out of the anger. However, I still remain passionate or "aggressive" depending on how you see my goggly eyes and loud voice after a few drinks. Nothing like I used to be. It is a continuous improvement of myself, no matter what. I strive to be better every single day because that's who I want to be. 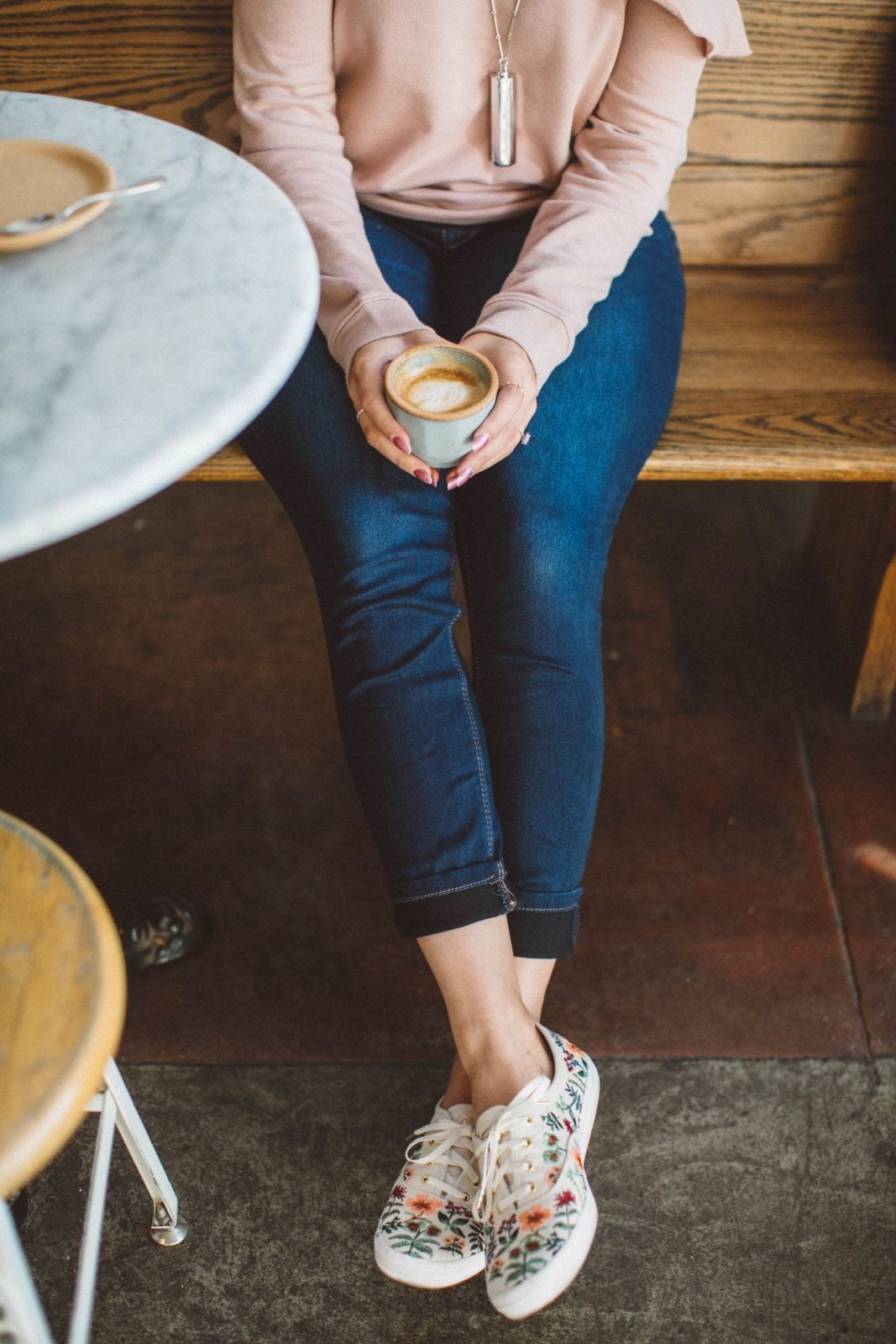 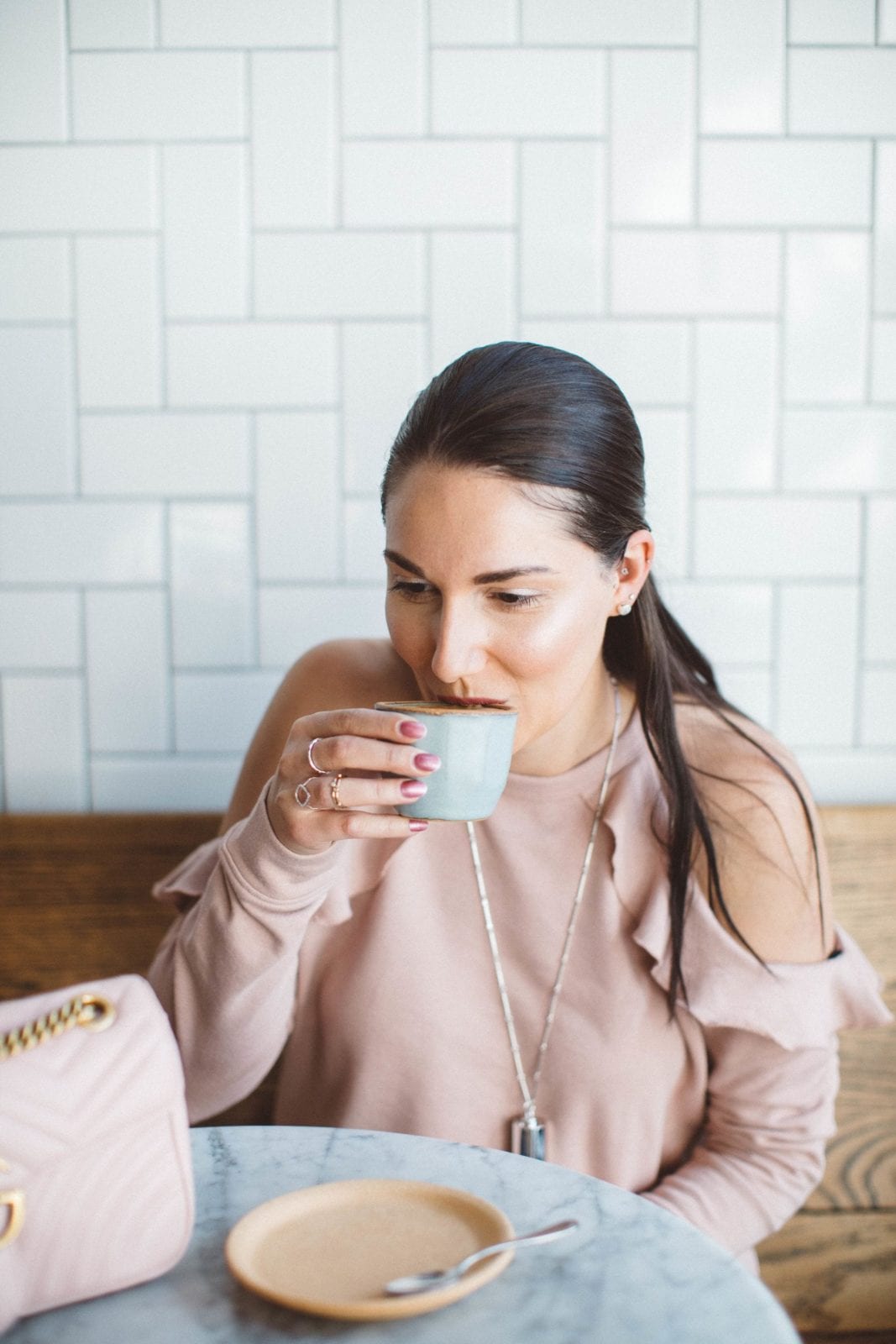 Besides each other, and our health, my family had little to no money. Keep in mind we came to the United States with a negative balance. My mom did the best she could when my dad was traveling for work to pay the bills. She was unique in her food creations, but it was always economical. If the bank account balance was $0.75, we weren't going to grab groceries or eat a cheap meal out. We were going through the cabinets, grabbing whatever might make sense paired with the other random ingredients. Some nights all it was was some old bread with Ragu sauce heated up.  Other days, it was a can of corn for each of us. When I tell you we had no money, I was not kidding. A lot of people understand this, and have experienced it so I don't tell you to have anyone feel bad for me.

It's life, and we don't all have money for lavish meals every single night. Back when I was getting ready to go to college, I was angry at my parents for not saving money for me to go to college. Now as an adult, I recognize that they didn't have money to save up. There was no fund from grandparents and there was nothing they could save, as we barely made it by in the moment.

The reality of the situation is that many people cannot afford lavish meals, let alone designer handbags. When I was 10, I was living a lie. Because I grew up in Redondo Beach, people had nice things and I assumed that's how life was everywhere. Boy, was I naive and totally clueless.

This is so hard to describe and explain, but the first time you've genuinely felt serious emotions for someone. The most serious relationship in my life (at the time) was going south due to distance. I live in Tucson, Arizona and he was back in Los Angeles, California (where I was from) and it was just miserable waiting for one of us to drive 7 hours to see the other. After a bit of dissatisfaction from me, he said he needed some time to think about the relationship. He needed time. We chose to give each other 2-3 days. God, it was the most miserable 3 days of my life. I woke up every morning crying and feeling sick. I barely slept. I remember feeling terrible every single morning thinking "this is it, he's going to break up with me" and sure enough on day 3, we chatted and he said that we're going down two different paths and it made sense to end the road together.

I will never forget the gut-wrenching pain I felt that day. It was unexplainable. I didn't eat much for a week, I felt terrible all week, and I just couldn't stop the crying. My friends understood. I remember calling my best friend Liz and telling her the tragic news, and she told me she'd fly to Arizona just to be with me. I'd had breakups before, but it was all trivial in comparison to this. This was love ending, and there was no malice. It wasn't like he had cheated on me, or was a terrible guy. It just wasn't working because of the distance. I planned to stay in Arizona, and he in California. The traveling didn't make sense and it was causing unhappiness on both sides. After hearing from so many people about their heartbreaks, I realized the most difficult heartbreak is that that ends because of a technicality like this. Distance. It was not due to love, not due to anything other than 600 miles of separation.

Even as I type this, I am crying. Emotions around this are still very hard because I remember how I felt the day it happened. You don't forget that gut-wrenching pain. You just don't. 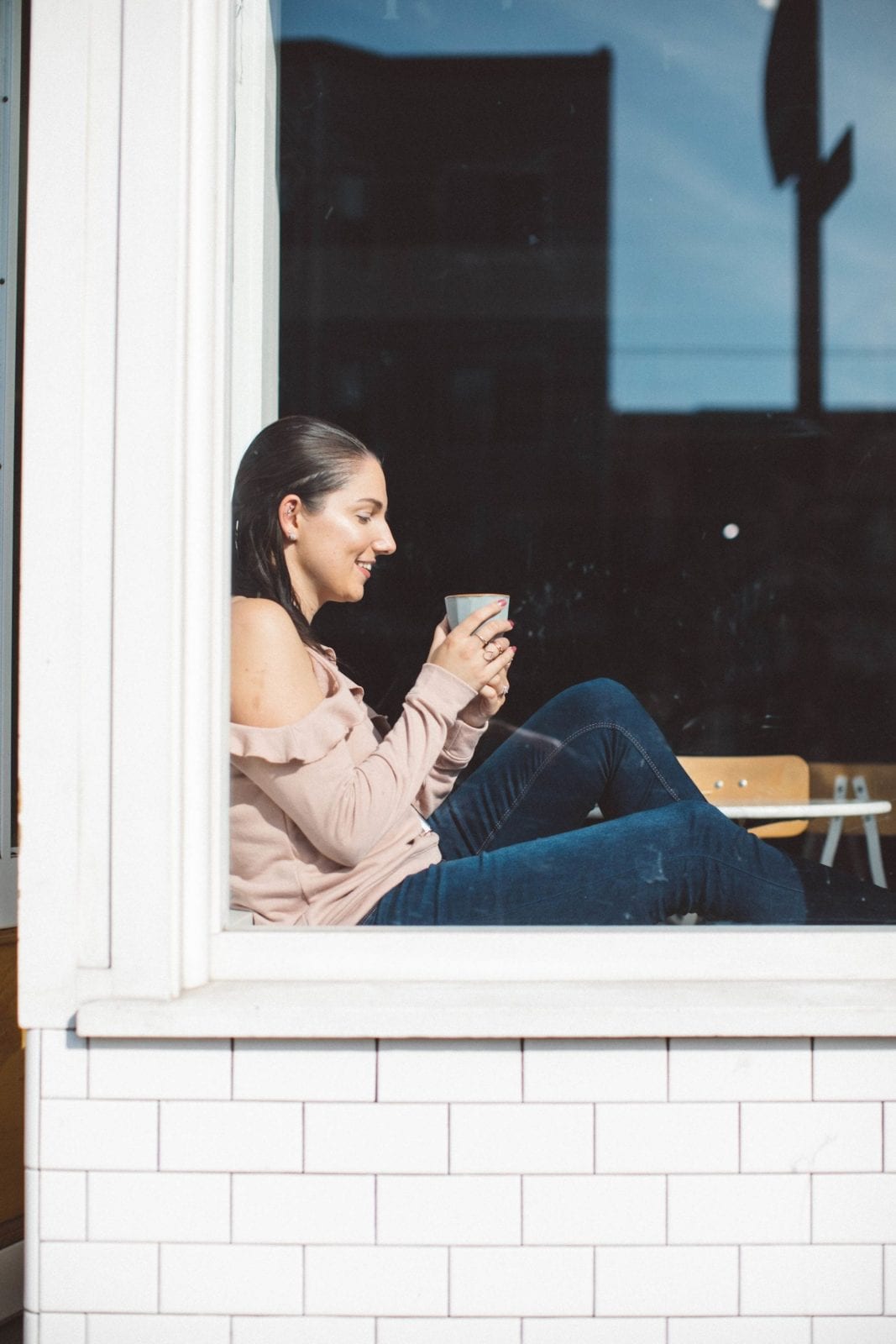 And with that, I am going to leave you. Completely exposed. I feel a little naked to be honest. I hope you won't judge me or feel any less of me now that you know these random elements about me. They're not pretty, but no one is perfect.

What are some of your imperfections?