My Thoughts About Marriage

My Feelings & Thoughts After the Engagement

When I was younger, I thought marriage was a fairytale. Marry Prince Charming and have a happy life together. Oh, how naive I was. As I got older, I realized that relationships were not easy. Let alone the long-term and serious ones. It is far from easy and not a fairytale like Disney makes it out to be. I realized quickly that marriage would not be a fairytale. It would be work, every single day. 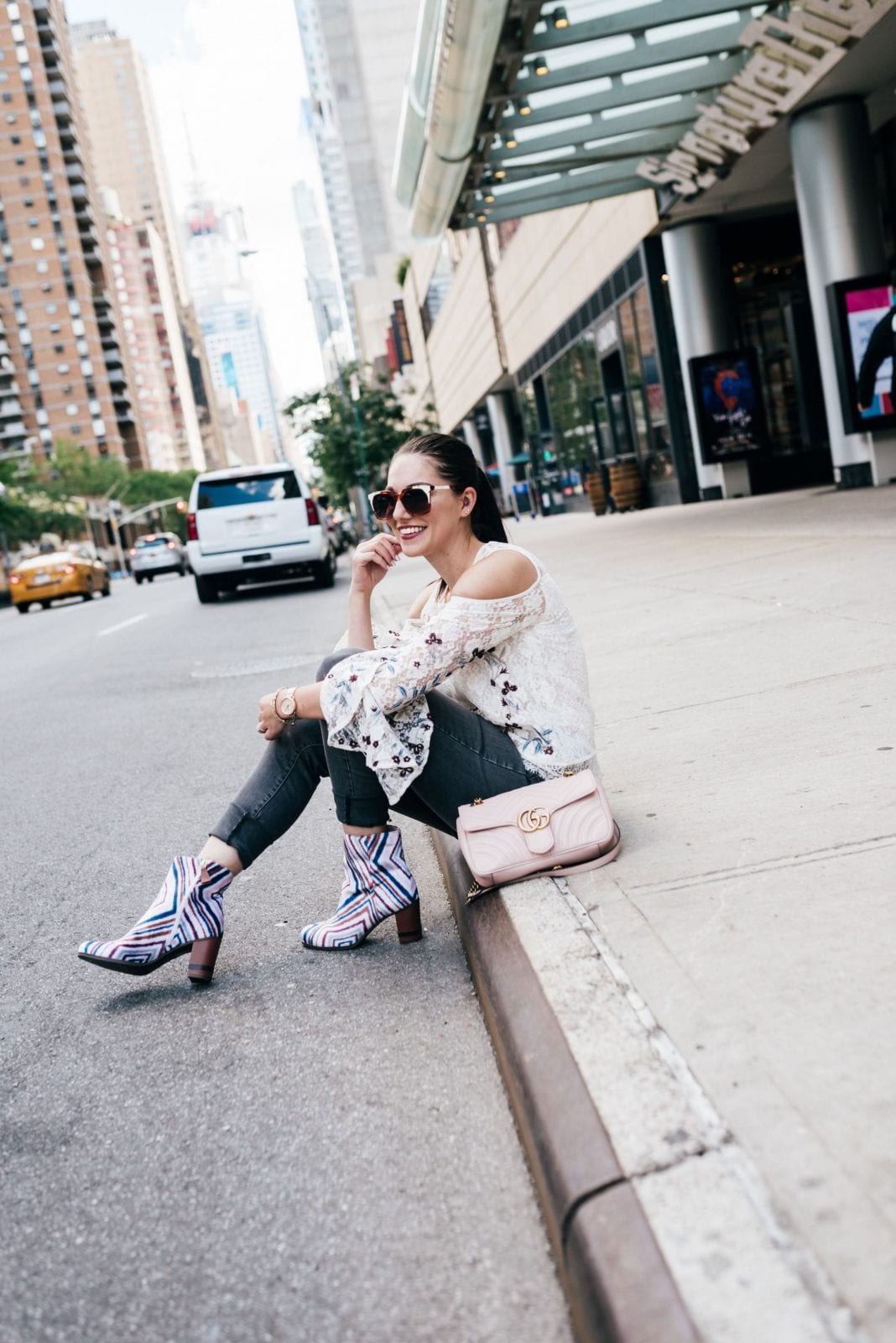 I always assumed I would get married, but I didn't know the first thing about it. My parents are still married, but I just never saw the appeal in it. However, I wanted a wedding and to wear a pretty dress and have a day all about me and the love of my life. When I met Aaron, I realized it was not going to be easy peasy, as marriage was not on his mind. I also came to the realization that marriage is a way of "legally owning" someone, even at this day and age. I did not like the idea of that fact alone because I am my own person.

Let me indulge in some of my past. In almost every single relationship I've ever been since in (since high school) I've been cheated on or abused in some capacity when it came to relationships. It was not easy for me, so the fact that I ever imagined marriage is incredible.

So when I met Aaron, I was disillusioned with all of these past relationships. I lacked trust, self confidence and I always, always, assumed the absolute worst when it came to the relationship. I don't feel weak opening up about it, because it was my truth. I just didn't trust anyone. After just a short period, Aaron made it clear to me that I could trust him. He was a grown man, above all the petty games that the men played in college. This was such a relief. However, that didn't stop my insecurities. All of these ridiculous thoughts remind me of my psychology classes in high school and college. Pavlov's dogs. Anyone remember Pavlov? Once you train the dogs to salivate with food, you associate a bell so long-term, they begin salivating just at the sound of a bell and not even the sight of food. This seems like an odd comparison, but I associate psychology to everything I say and do, because all of it is psych. For me, a relationship, mushy gushy feelings and all of that good stuff was also reminiscent of heartbreak. So when I thought of being in love, I thought of heartbreak and that gut-wrenching feeling. 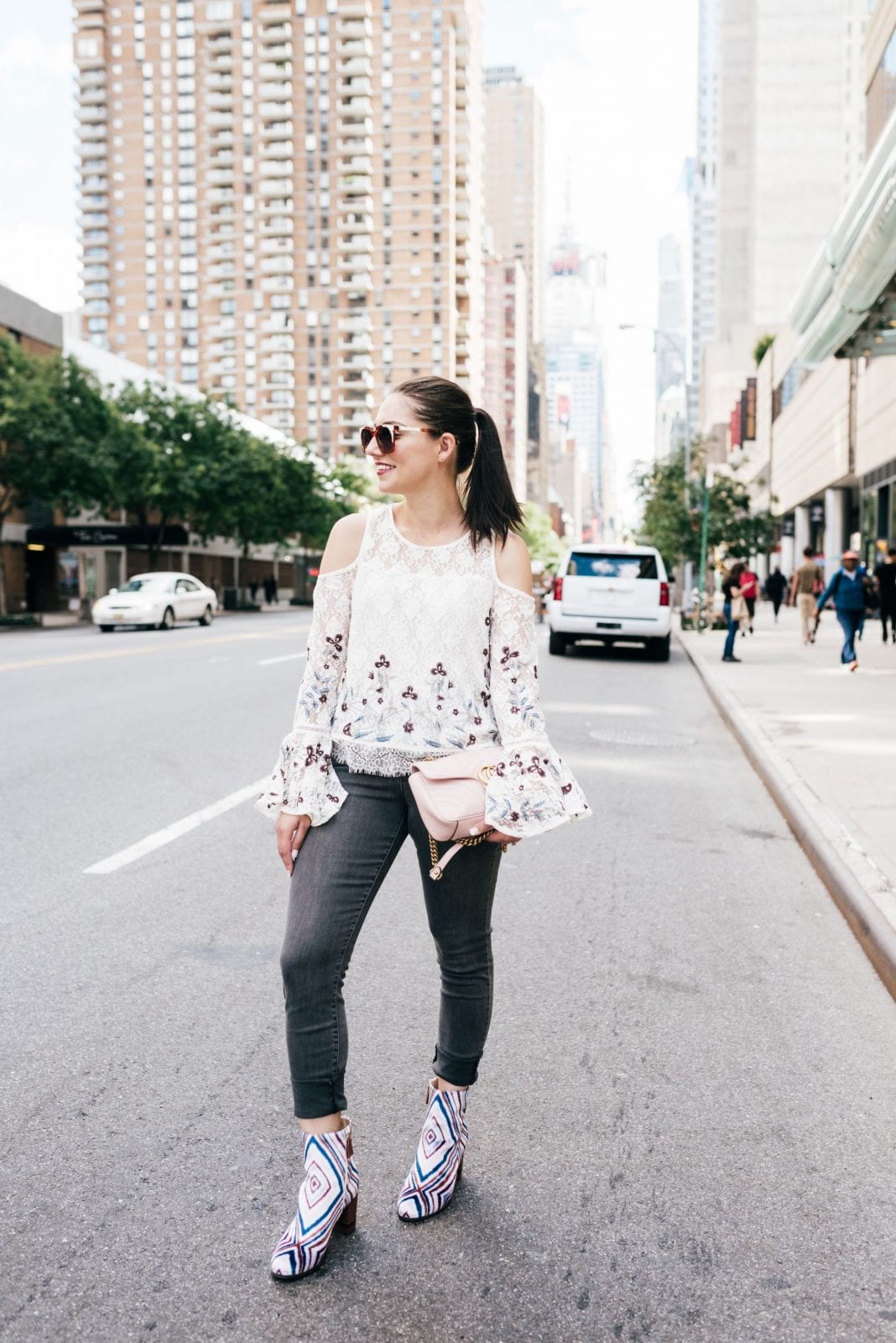 I'm also not a fan of confrontation. I get anxiety sending confrontation messages online to people I don't even know, but sometimes you have to do it. Imagine me in a relationship where I know I did something wrong but I don't like the confrontation at all. I'm a mess.

He was patient with me, let me learn and understand my feelings. I used to be angry, but it had nothing to do with the situation I was in and was more so related to my past.

I hold on to a lot of shit.

To some degree, we all do. Sometimes we can get away from it, but realistically it stays. Whether it's in the back of our mind or a visible concern to others is the difference. After 4 1/2 years, I've learned a lot about being in a genuine real dedicated relationship. Not like the ones I had in college where every boyfriend had his eyes on the next girlfriend. Meeting Aaron felt right. It wasn't easy, but it was passionate, and mostly positive. I had to learn to grow up emotionally as fast as I could because I'd been so emotionally abused in the past. As I mentioned, he was patient with me which made a big difference.

After 4 1/2 years together, we knew we could accomplish anything together. We make such a great team. In the mornings, when we work together to get breakfast and lunch made. Doing the house chores, feeding the kitties, all of those things come together when you have a true teammate. I am lucky in the sense that he definitely pulls his own weight and of course, we don't always stay on track. Some weeks it's just hard to cook anything at all, but for the most part it is a fun system with an amazing teammate.

About 2 years ago, I realized I did want to get married because it felt right with him. That's basically when the tables turned for me. Through all of his patience, strength in tough times, hilarious jokes (seriously to the point where I fall over laughing), I just knew this was it for me. I didn't want to be disillusioned by a relationship with someone else. Of course not every day is perfect. We all have our days when everything pisses us off, but there comes a time when it just clicks.

For many of you, I know that you have no heard the entire story of how we got engaged. If you're subscribed to my newsletter, you already got the story right into your inbox. We were in Norway, and we had a rental for the day because we drove from Alesund to Geiranger Fjord, then to Trollstigen. On our way back from Trollstigen, we pulled off a couple of times to explore, get some photos and just enjoy the sights. In one instance, Aaron mentioned he was a bit tired and he just wanted to pull over for a little while. We found a place between Andalsnes and Alesund along the fjord and just got out of the car. Something about the energy between us felt different, and I had this nervousness inside my gut. Coincidentally enough a beautiful rainbow appeared because it had just stopped raining. He wrapped his arms around me and asked if I'd marry him. In the blink of an eye, we were engaged. Of course, there were tears and I was just overwhelmed with joy and happiness.

Now that I'm engaged, marriage is scarier than ever...because I have a wedding. Of some sort to plan. We are not the traditional couple. I will not have 100+ people at a formal fancy venue. I want my toes to be in the sand, with no fancy shoes and a lightweight wedding dress. In an awesome destination. If you have any advice on destination wedding planning, let me know. I've been to one wedding in my lifetime, so I'm open to all thoughts and recommendations you have because your girl has no clue what she's doing.

Cheers to signing off on love!

Ep. 12 | Let’s Chat About Mental Health & Being a Licensed Marriage and... https://t.co/be5kcRxzNG on @bloglovin