…this time I’m not writing to you from a train in Norway like I did here, but instead I’m writing from one of the most charming cities, which made the perfect backdrop for this insanely gorgeous Hale Bob dress. It was the perfect dress for such a vibrant, artsy and fun city.

This post is in collaboration with and sponsored by Hale Bob, sourced by Shopping Links. All opinions and thoughts are always honest and always my own. 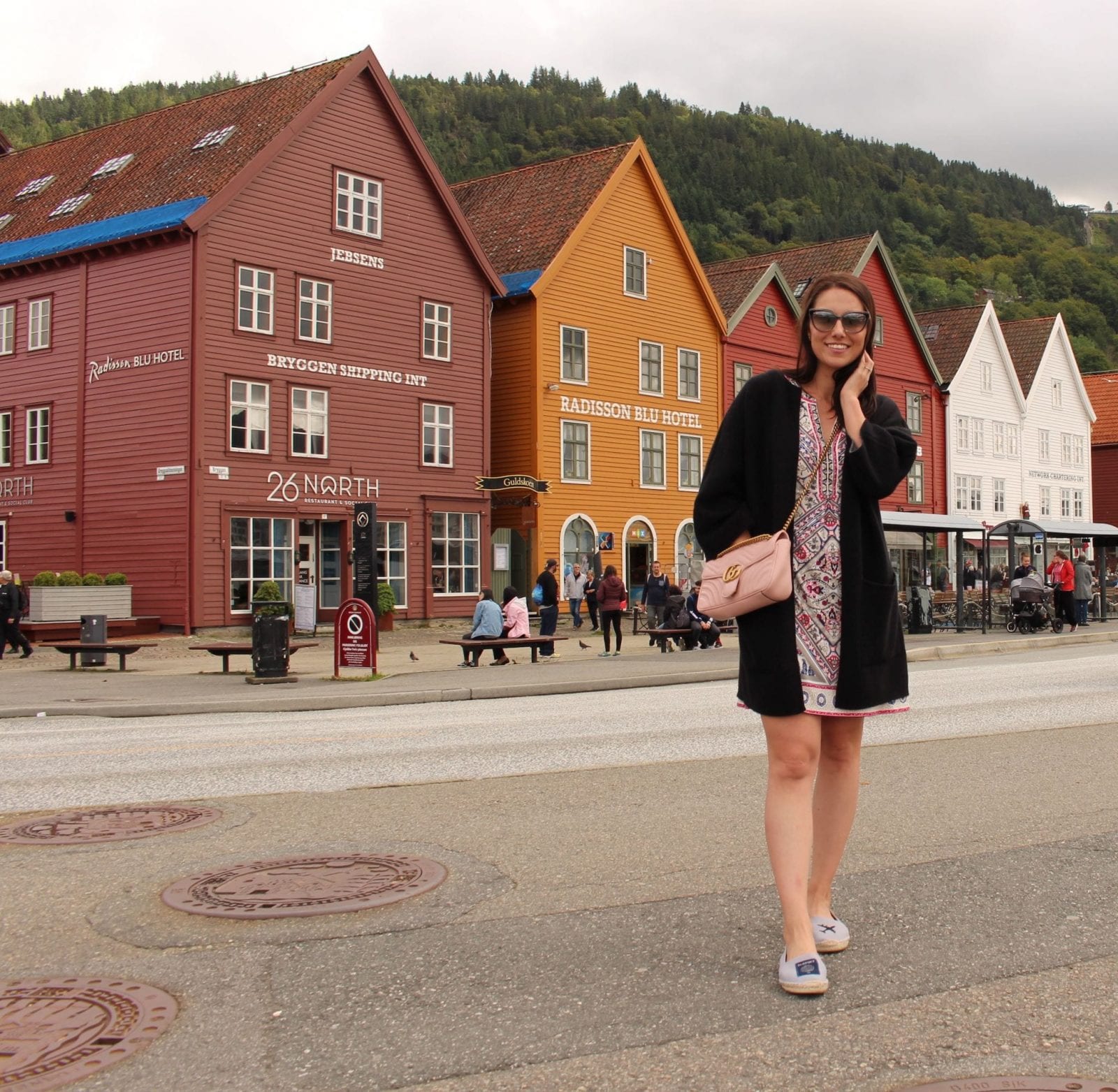 Bergen. It’s well known for the scenic harbor with the various colored houses. These houses make up Bryggen, a tourist hot spot due to the shopping and dining. We strolled through the shops to find quite the plethora of options when it came to Norwegian goods, including wool clothing, local art and food. While I don’t think I’ll ever “need” anything made from wool given I live in the desert, it’s nice to see the various goods that can be made with it.

As we strolled through Bryggen, and then on to the rest of the city, we noticed a lot of commotion through the streets. Large groups of what appeared to be college students, dressed in costumes, would pass by us. They were hooting and hollering, but they were having the best time. We later found out we were in town for the week before college begins, aka the party week. The students need to get acquainted with their surroundings, which includes learning where all the bars are located 😉

I noticed Bergen has tattoo and piercing salons, which is unique and always makes me feel like the city understands its diversity. I’ve said it before, but I’m not a big fan of tattoos (I like piercings instead!) but I can appreciate the art behind it, and the meaning of tattoos to others. The deeper we walked into the city, the more artwork we saw. There was so much artwork in fact, that I started capturing images of as much of it as I could because I loved how every piece was so unique. 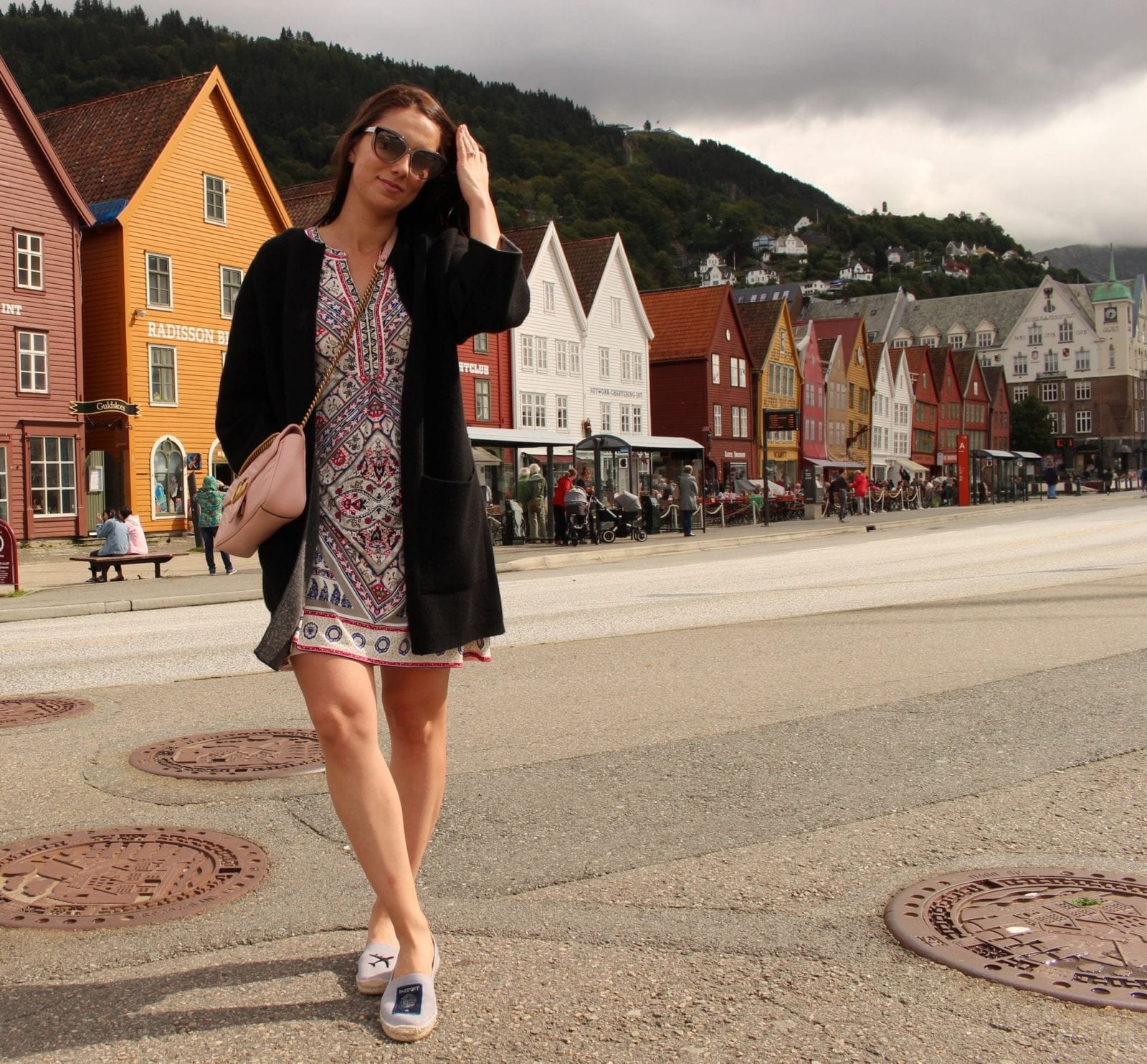 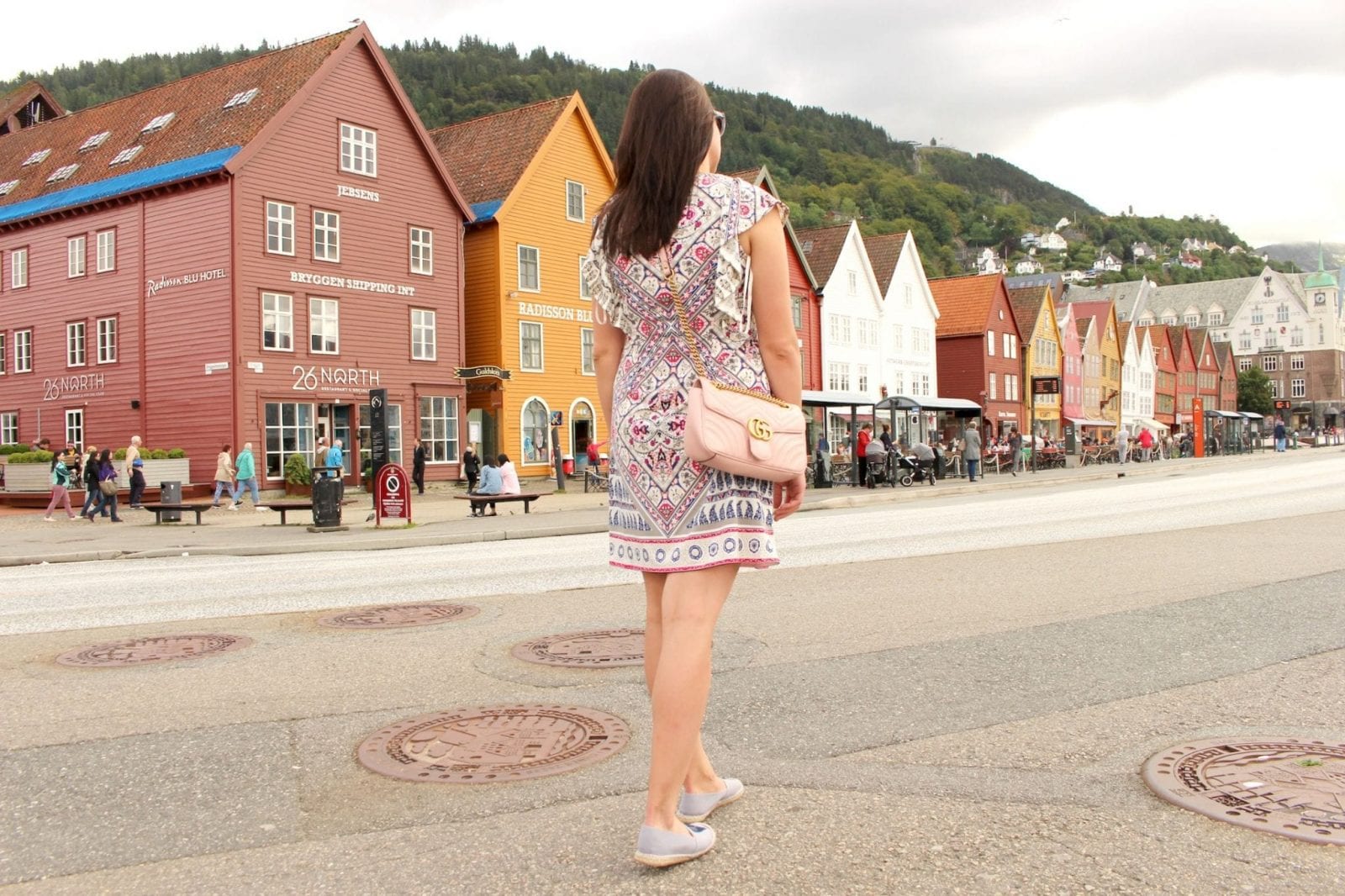 In case you don’t know this about me, I love the color pink. When I saw this dress on Hale Bob’s site, I knew I just had to have it for my Norway trip. The material is so soft, and I love the fact that it’s one of those fabrics that doesn’t get wrinkled easily. Huge plus when you’re traveling. It’s also really flattering, and hits the body in all the right places.

I also like that this dress is quite versatile in terms of which season it can be worn in. With a cute pair of booties, a scarf and cardigan, it’s perfect for the coming fall months. It can also be worn during spring and summer due to the pink tones. Whenever I spend money on a piece of clothing, I want it to be cute (duh), good quality and then I want the cost per wear to make sense. If I’m only going to wear the dress once or twice, it doesn’t make sense to spend too much on it. 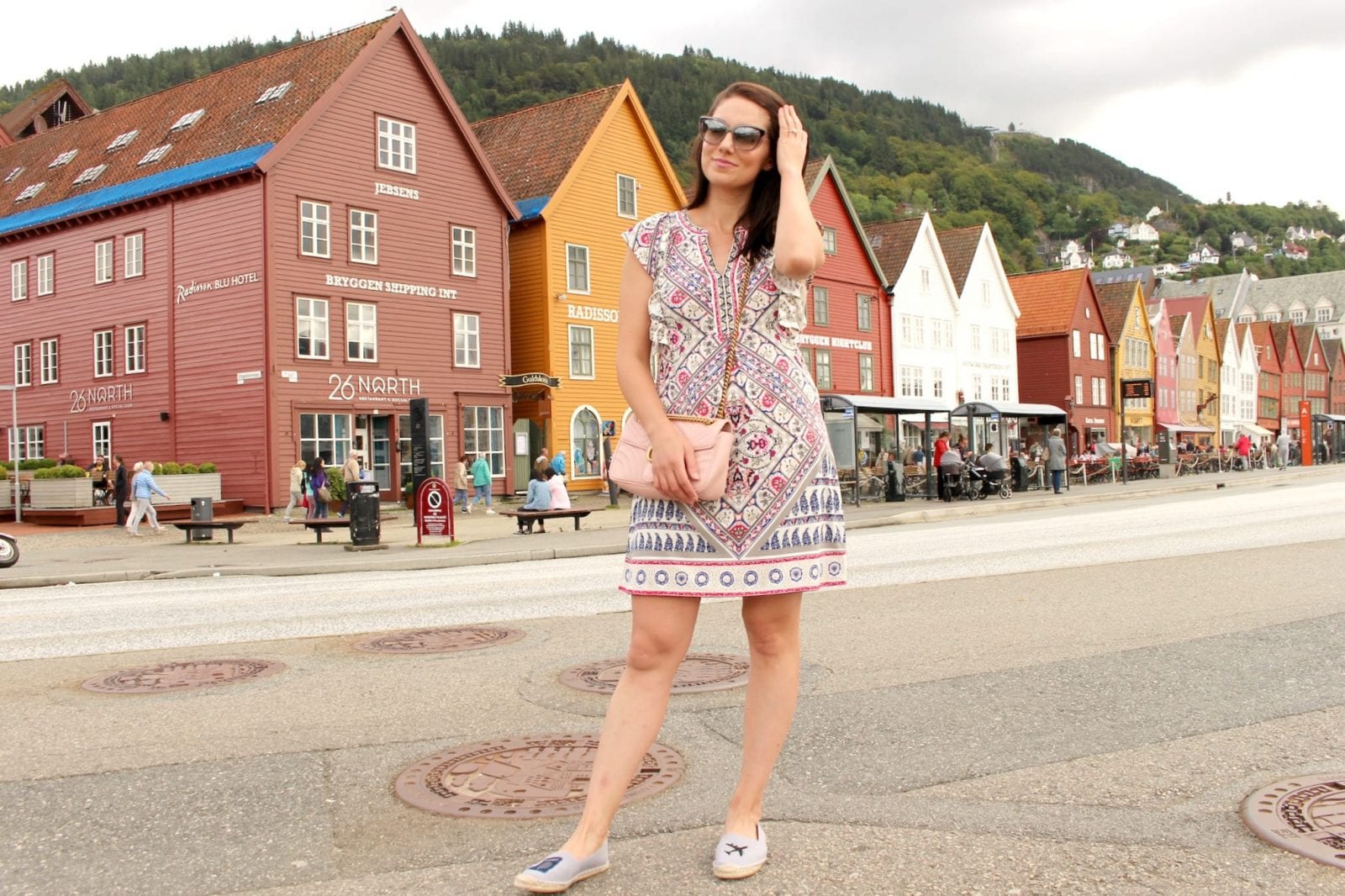 Who else loves a gorgeous dress that doesn’t need to be ironed for every wear?

This week I decided to team up with some of my favorite bloggers and bring you an amazing giveaway. One lucky reader will win a $700 gift card to Target.

Use the widget below to enter the giveaway. The more “tasks” you complete, the more entries you will receive. The giveaway is open to U.S. and Canadian residents only. The winner will be announced (on the widget only) up to 2 weeks after the giveaway has ended. It can take time to select, verify, and get in contact with the winner, so please do not privately message any of the hosts. If you have any questions about the giveaway process, feel free to e-mail moneycanbuylipstick@gmail.com.

Just a Regular Week in the Life | WEEKLY VLOG 3 https://t.co/xux7Any2mJ via @YouTube