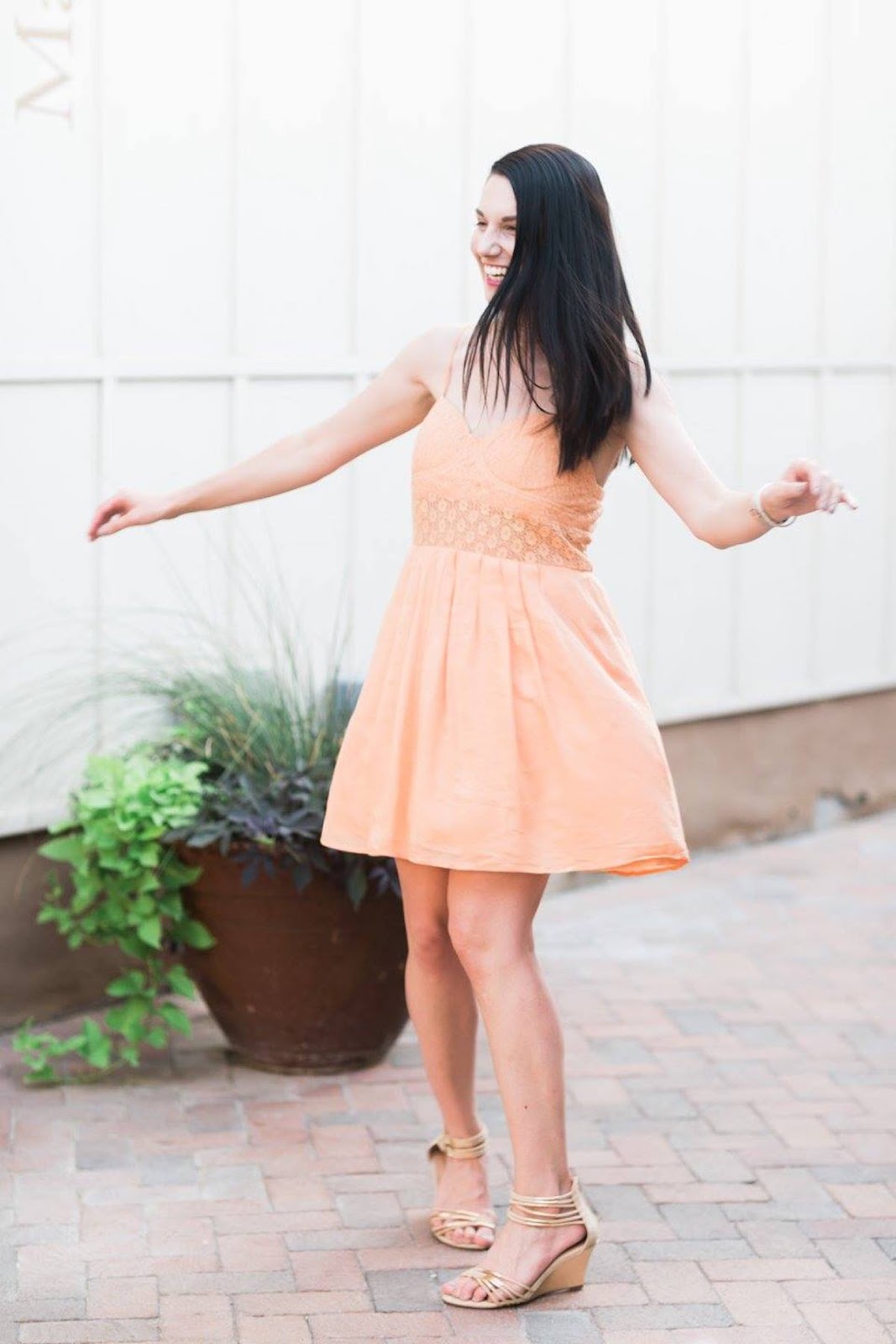 Jealousy is one of those toxic emotions that tears us up inside. 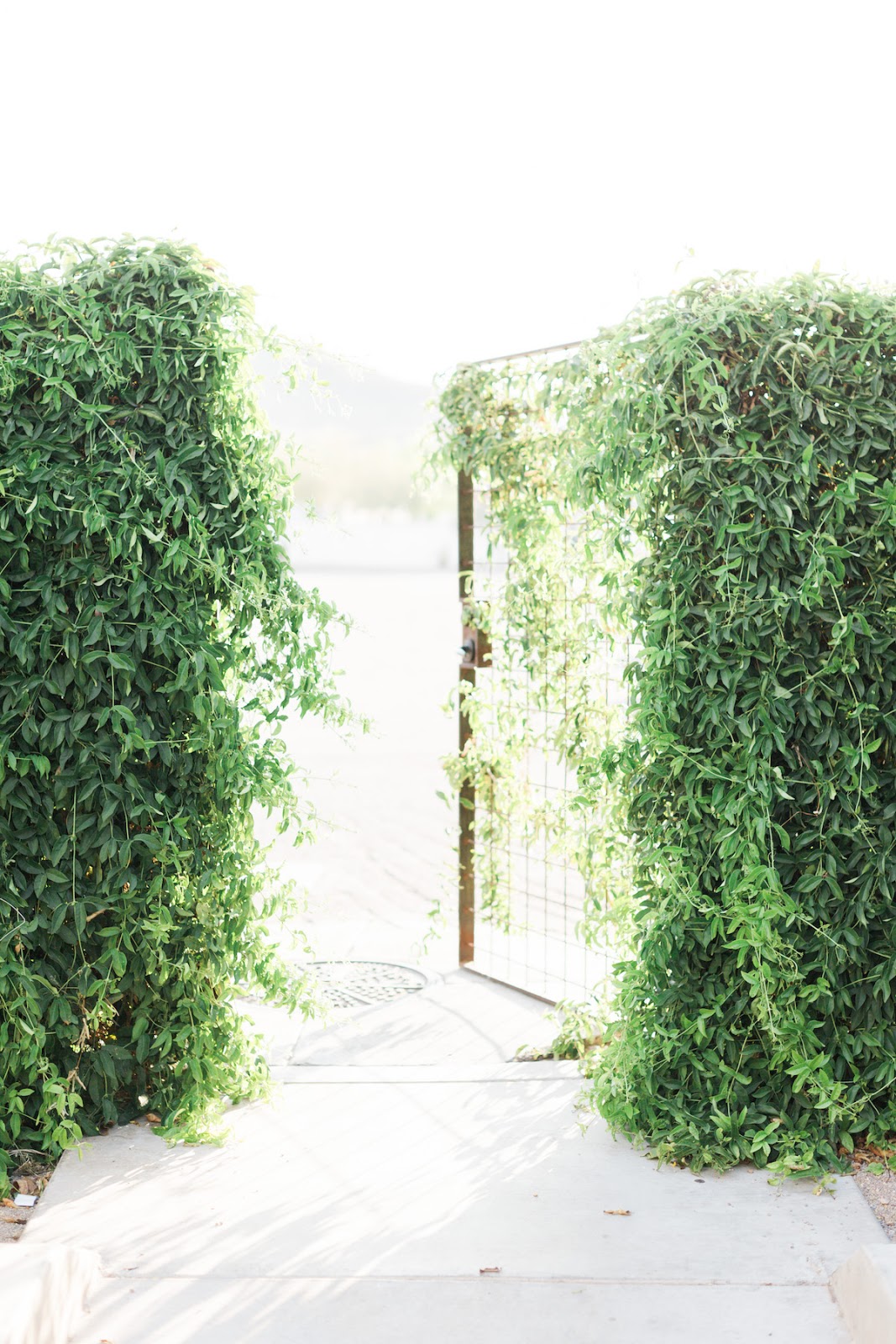 I am going to give you the cold hard truth, and be perfectly honest. No reason to beat around the bush here. I would say that my jealousy started in college, specifically when I was cheated on. Multiple times by the same man and then again in another relationship. In the first instance, I had no doubts about the relationship but I ended up sick in bed for about a week and during that time period my boyfriend cheated on me with one of my sorority sisters, who mind you was my “friend.” I’m not going to name names, out of respect for everyone, but that is when the jealousy panged me so badly that I became a little too much for future relationships. When I realized someone who could say they love me could also send an instant message to someone in the middle of the night saying things like “I want you…” and “can I come over?” I knew I was a fool. It was amazing how well he lied and could even convince me I hadn’t seen those messages on his phone. I was honestly such a damn fool.

In the second relationship, I had a feeling the guy wasn’t being truthful but it really hit me when his girlfriend contacted me via Facebook and told me to stay away from him, and that he didn’t love me. Again, I was a damn fool. How could I let myself not know about his girlfriend? How did I not know this and why again, did I believe him?

After being a fool in two relationships, I became extremely jealous of all men (even female friendships) and to be quite frank, I was a little crazy at times. Even in a casual relationship down the road, I got extremely jealous, checked the phone and found things that I really didn’t have business finding given we weren’t in an official relationship. Truthfully, I’m not sure why I let all of these experience affect me so dramatically but I will say it was (still is at times) hard to trust men because of the past. I don’t want history to repeat itself.

I’ve learned trust the hard way, both by having lost trust in friendships and also having others lose their trust in me. It was all due to jealousy. I am finally in a place where I am not as jealous as I once was. While I am better than I was, moments still hit me where I’m unreasonably jealous. 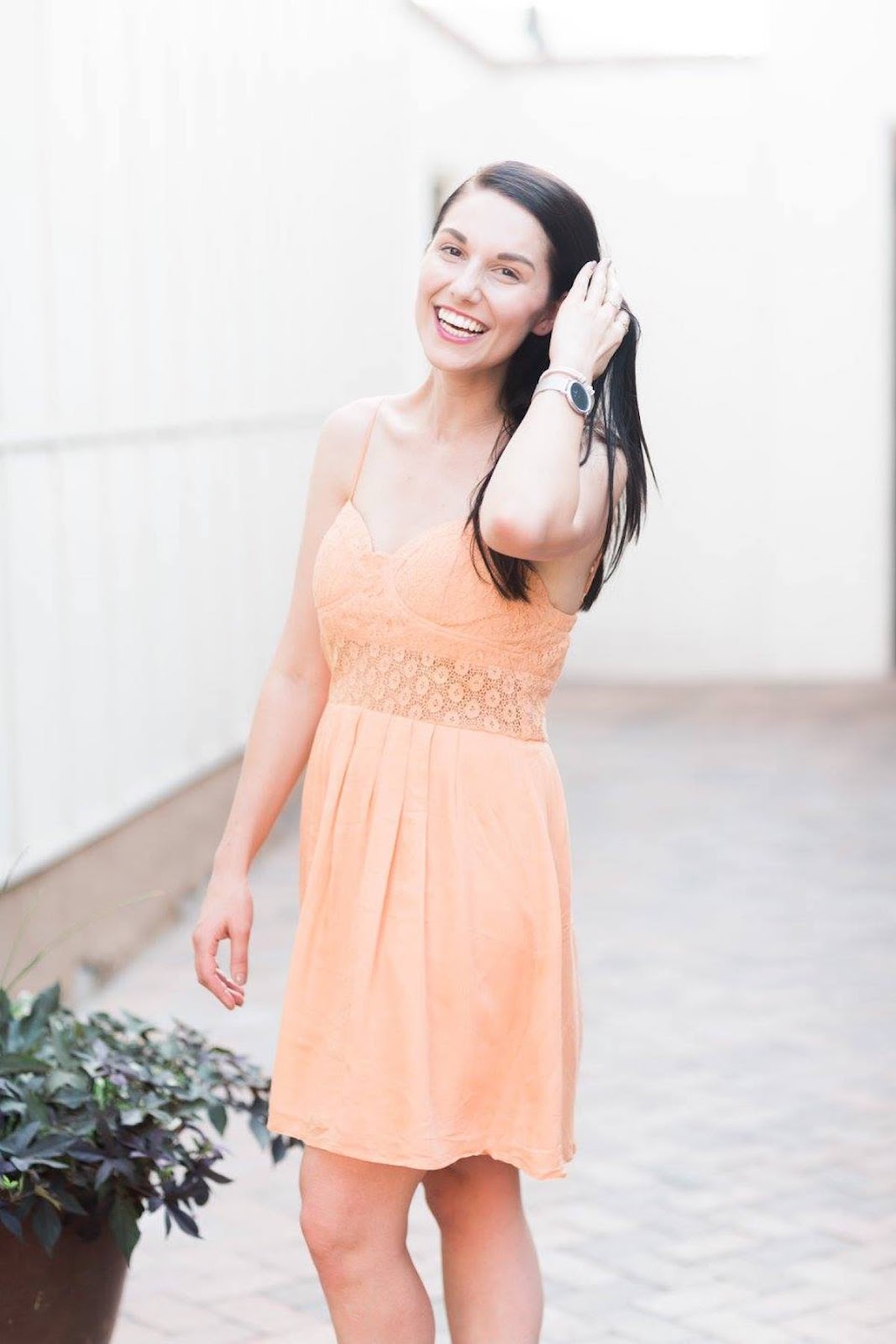 Jealousy in the Online Community

Leaving hateful comments on YouTube videos, blog posts, and social networks for everyone in the online community to read is extremely saddening. Rather than bringing one another up, we seem to want to break each other down. While some of this is attributed to self confidence and some of our own struggles, it is certainly not reasonable to put those emotions on someone else.

When Lydia received a comment from a PR employee of a brand she liked saying “arse flat as a pancake”, it really hit me that we as women are so incredibly jealous we just become nasty with one another because of the emotions that overcome us.

When I first started this blogging and YouTubing journey in 2013, it was a huge adventure and an experiment. I didn’t expect anything from it, except an A from my writing course at the time. I used to send Facebook messages to everyone I actually knew asking them to subscribe, comment, like, etc. One of my “best friends” at the time replied to my Facebook message. I wanted to share this conversation with you so you can see jealousy at its finest:

Ada: Hey lady- Can you follow my blog over at Bloglovin? This is the way brands really know how many “followers” I have on my blog so it would really help me out! Thanks ?


X: Ada could you please stop asking me to follow you. It’s starting to bug me. Thanks


Ada: That’s super rude. You’re supposed to be one of my “best” or “good” friends. You’re probably the most unsupportive person in my life so your response is SUPER rude. Why can’t you be more supportive & happy for others? Remember that text a few years ago when I said “I made it to 500 readers” and your response was “I reached 7000 on Instagram” We were both appalled by your lack of congratulations and how you mentioned your following in response to my happy thought. APPALLED & I’m honestly tired of trying to be your friend and wishing your congratulations for your accomplishments and getting nothing but selfishness in return. If you won’t support me, there is no way I can call you a friend.

All I had to say was said in a paragraph. Years of a truly jealous friend that never once congratulated me on anything, and if I ever did better than her on a test it ruined her day. What a child. When I reached 500 blog readers back then, I thought I would get a congratulations at the very least. Her reply was “I just got to 7,000 Instagram followers!” and the other friend in the group chat texted me on the side and apologized profusely for our mutual friend’s disrespect and lack of reality. How rude could someone really be?

Men could not be bothered to be so nasty to other men. They will just fight it out and then be best buds for the rest of their lives, and sometimes I wish it was that easy for women because the hate and jealousy that stems in our very soul lasts a lifetime. There are women who will hate other women for life, and it doesn’t matter if the woman tries to be friendly, kind or attempt to be friends. Sometimes it’s just not possible for someone to get over the hateful feelings. When Victoria from In the Frow wrote her post about girl on girl crime, I absolutely had to write about jealousy to its very core, and explain how it’s affected me.

As women striving to be successful, we should support each other. No matter what our career choice is, and just because you may not be able to stay at home and maintain a blog, it does not make it okay for you to break down those who are doing this. No career choice deserves hate, no one deserves hate. Whether it’s a man or woman, we really need to be kinder to each other. Love will always win, but we need to be brave enough to portray love over any other emotion we may feel. 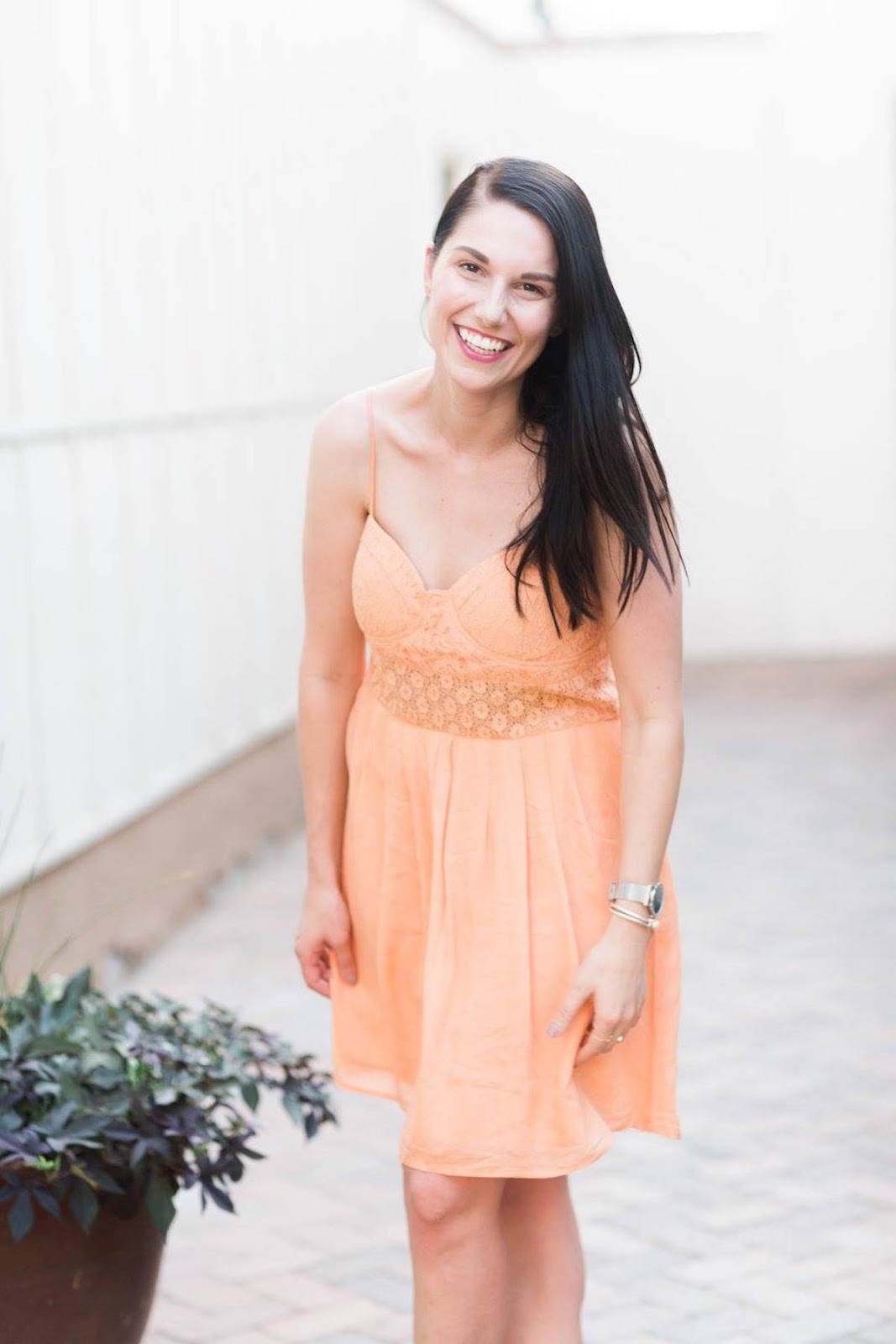 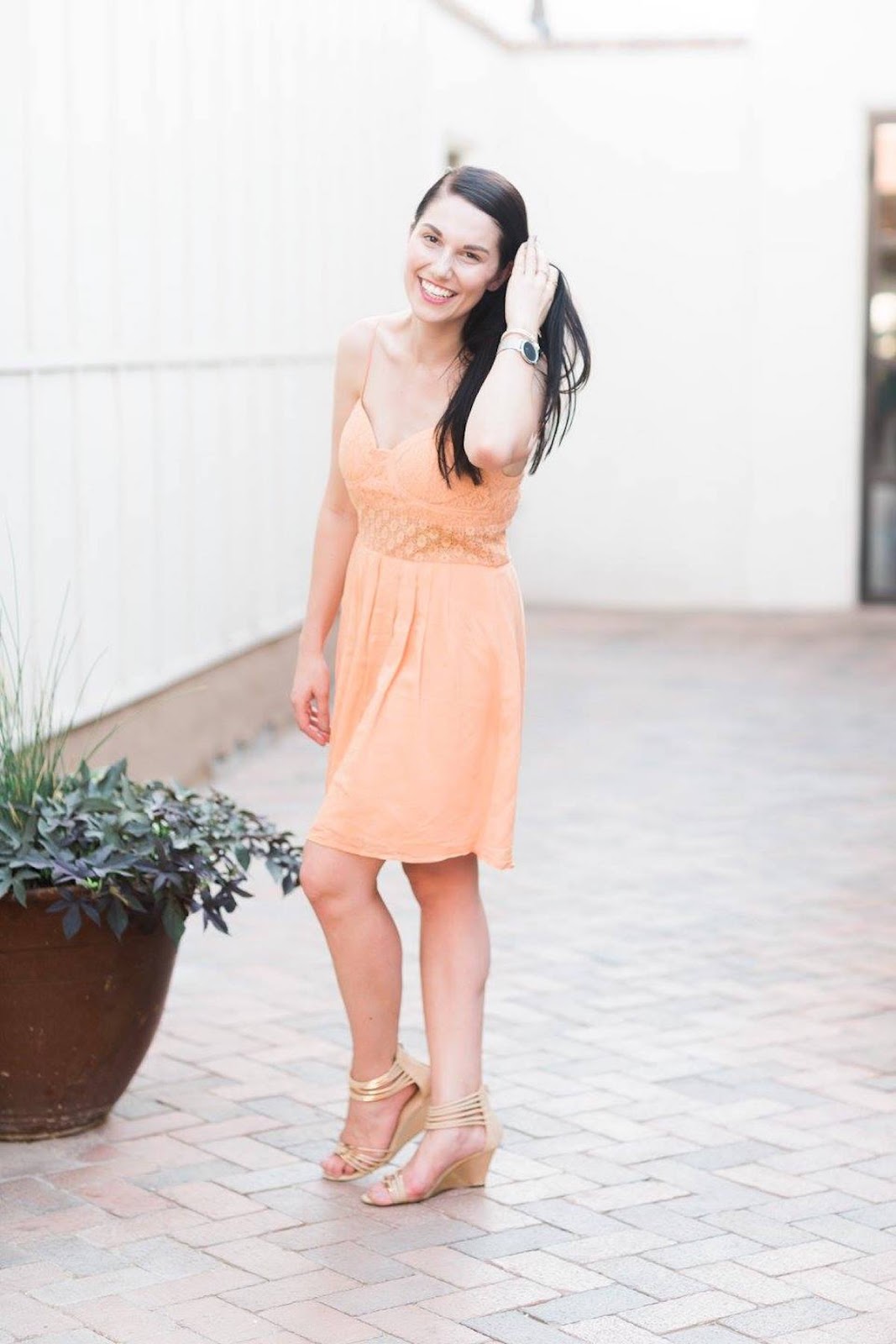 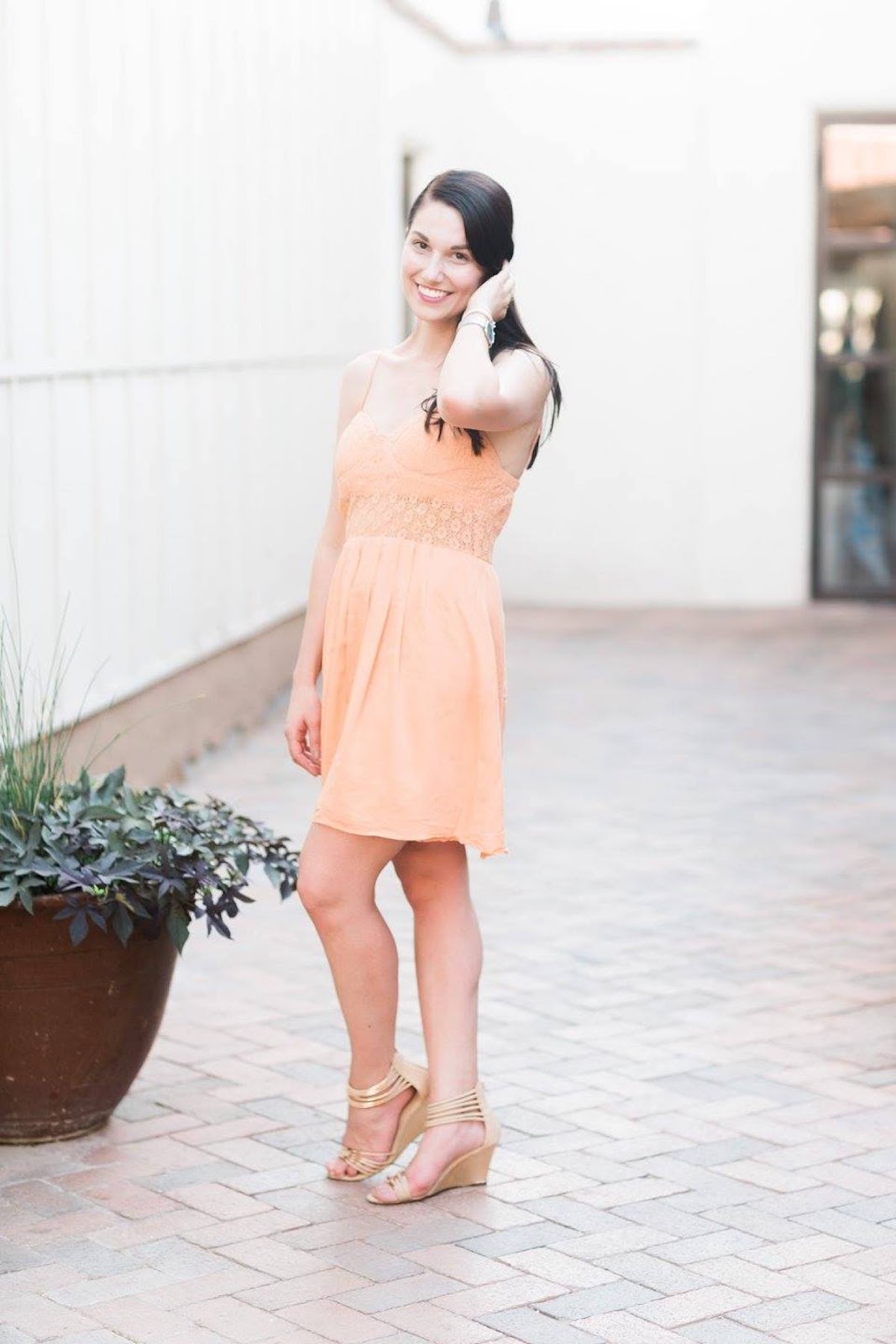 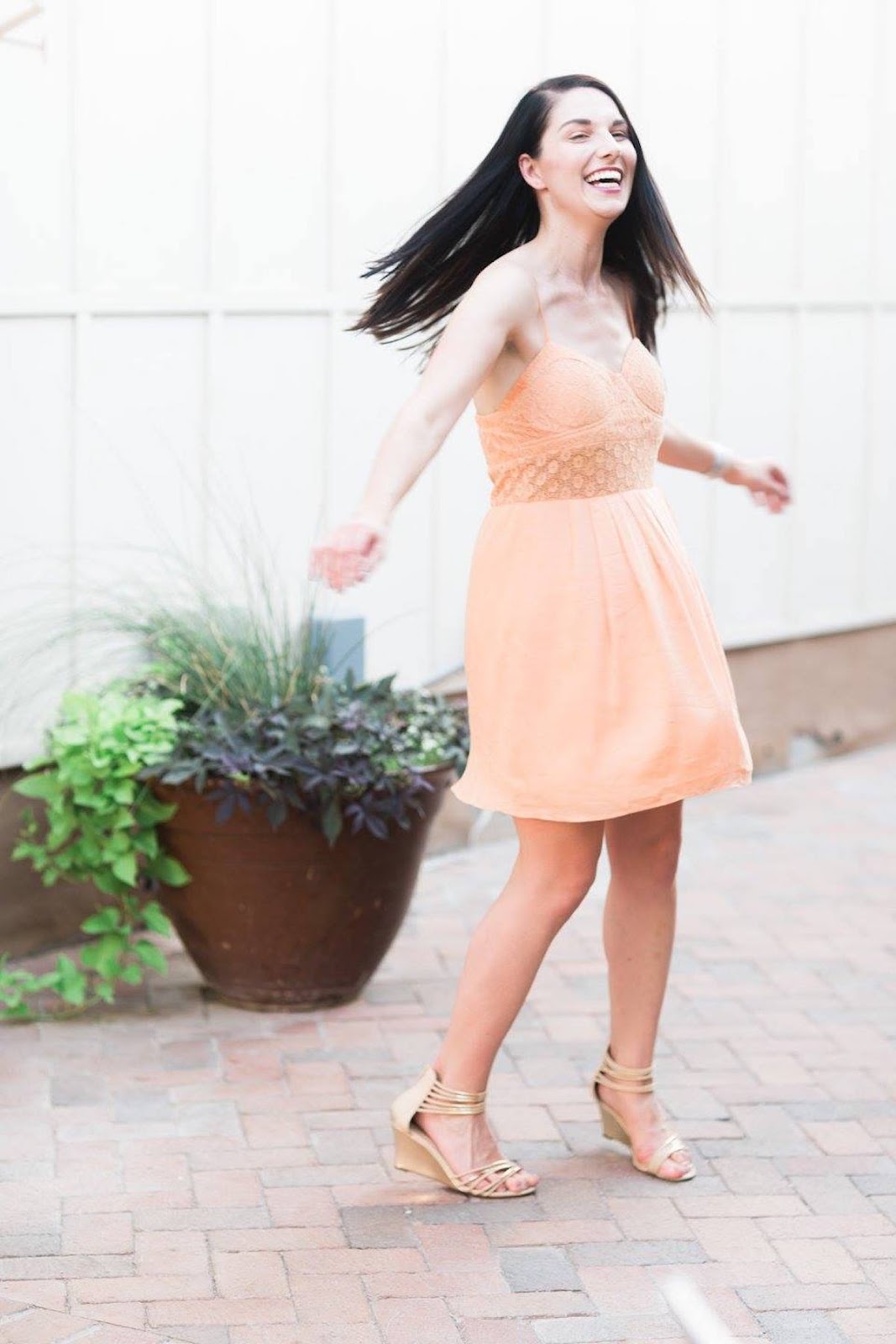 Jealousy in the Corporate World

While I love blogging and the entire online community, I can’t attribute success in my life without explaining my time in the corporate world. I started off with a “real job” (whatever that means anyway) mid-way through college, and the director of my department at the time was dramatic and quite catty. The one instance I remember most fondly was the ‘Wear a Headband to Work Day.’ She sent an email to specific women letting them know to wear a headband the next day, and then everyone who did would be in a group photo. As silly as this is, she never included me on the emails because she didn’t want me in the photo and it’s one of those things that just makes you feel like you don’t belong, you’re unwanted and just not good enough. Completely trivial I know, but why disclude people on purpose? She was a grown ass woman, and she acted like this which is the most mind-boggling concept. Sure, middle school and high school we’re still learning to be useful adults in the real world. But a grown woman?!

When I tried to get promoted twice, this same director told me I should feel “lucky” to even have the job I did, because at my age she couldn’t find work. Her statement made it clear to me that she envied the fact that I had my shit together earlier in life than she did, and that really pissed me off. She should have motivated me, and helped me get to the next level, but here she was not promoting me because I was young, didn’t officially have my degree (I was a few months away from graduating) and I think some of it was jealousy. Actually, I know it was.

When I got recruited to my new employer, I again had a female boss. It started off great, until she decided to show her true colors. She was just plain mean sometimes. There was never a congrats and in my moment of greatest happiness as an employee of the company, she didn’t even give me a congratulations. She was always the last person to congratulate me at the end of the year when I hit my goal and I truly believe it’s due to jealousy.

While I hate to say it, I have never enjoyed having a female boss. Being as young as I am and being successful (hard work does pay off) I have always been a target with my female bosses. Jealousy is certainly attributed to this. I want us to be in leadership roles, but jealousy seems to get in the way which is such a shame. When you’re jealous and make other women’s lives harder, you’re hurting women as a whole. We need to get rid of the jealousy and be boss ladies together. 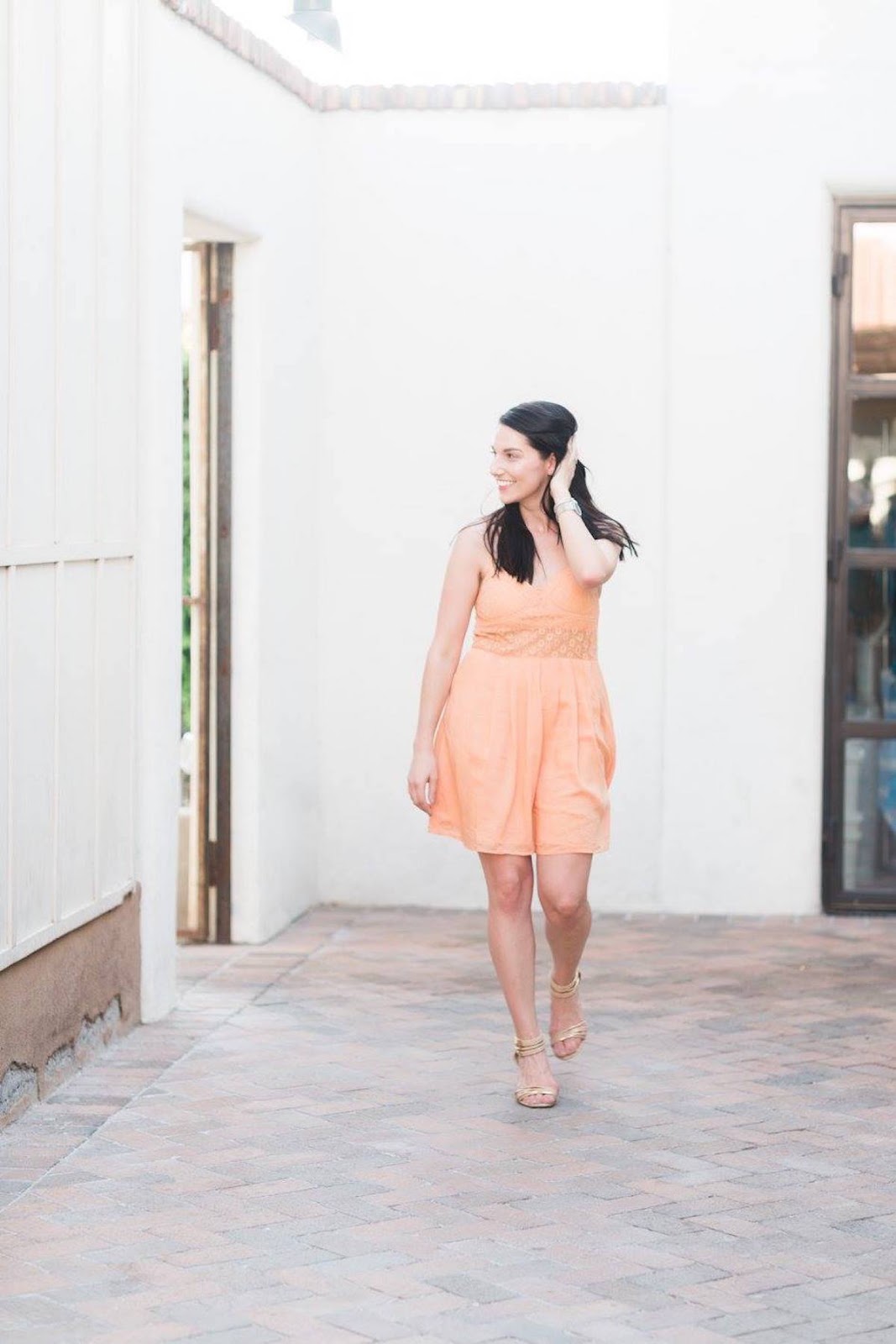 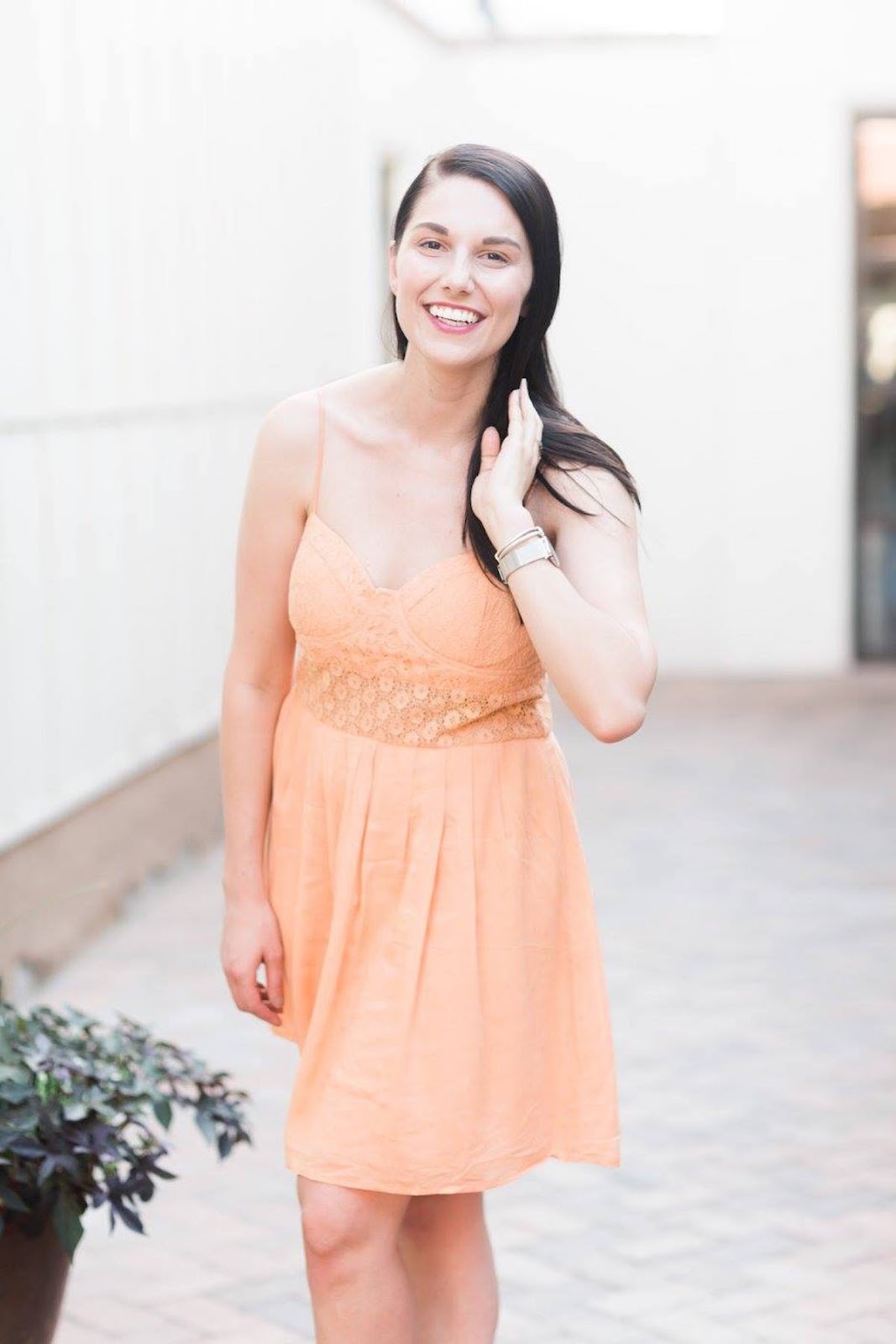 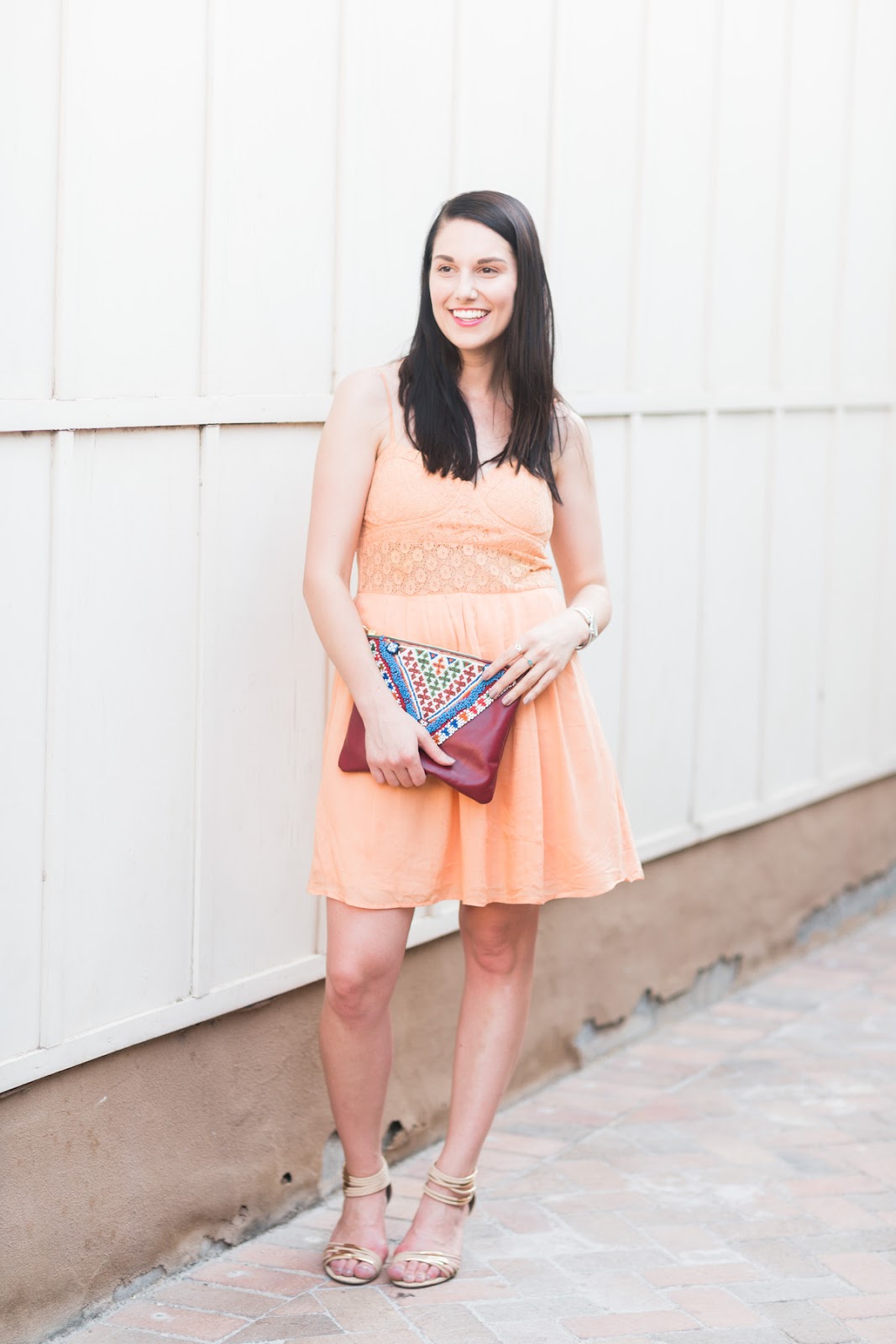 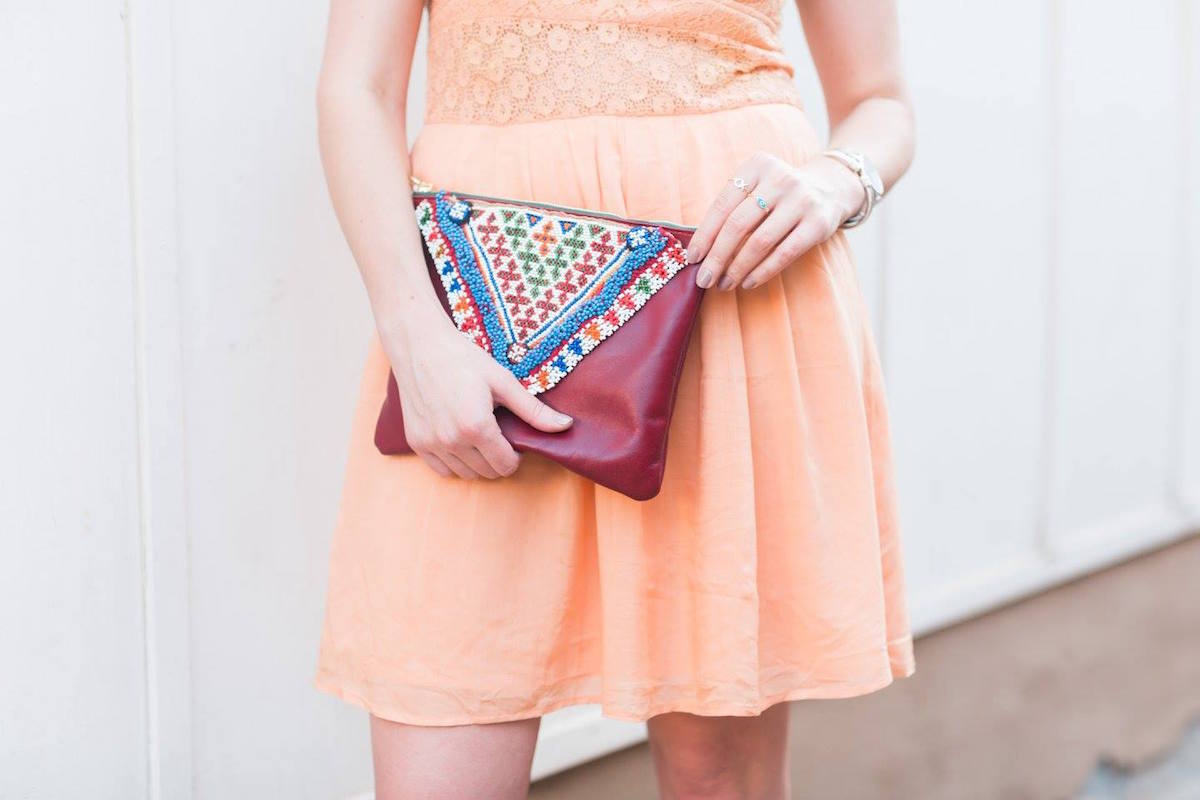 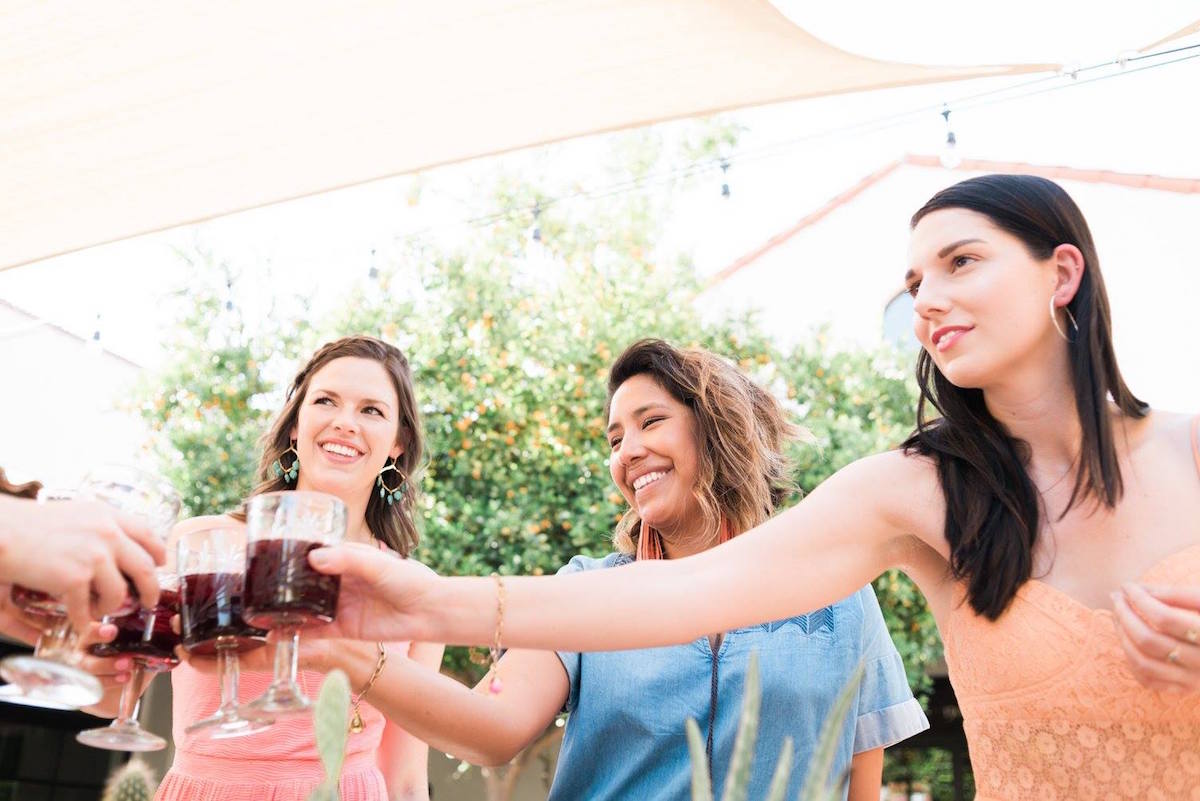 When Jenny asked me to be a part of this Rising Tide Society photoshoot, portraying how unique Tucson is, I wanted in. Helping women be successful together, and enjoying each other’s company is really what it’s all about. Just because not every woman is your best friend does not mean every woman doesn’t deserve the same respect you give to your best friend. Let’s cut the shit, hold back the jealousy and hateful comments and bring each other up. In the end, it will only help each of us flourish. 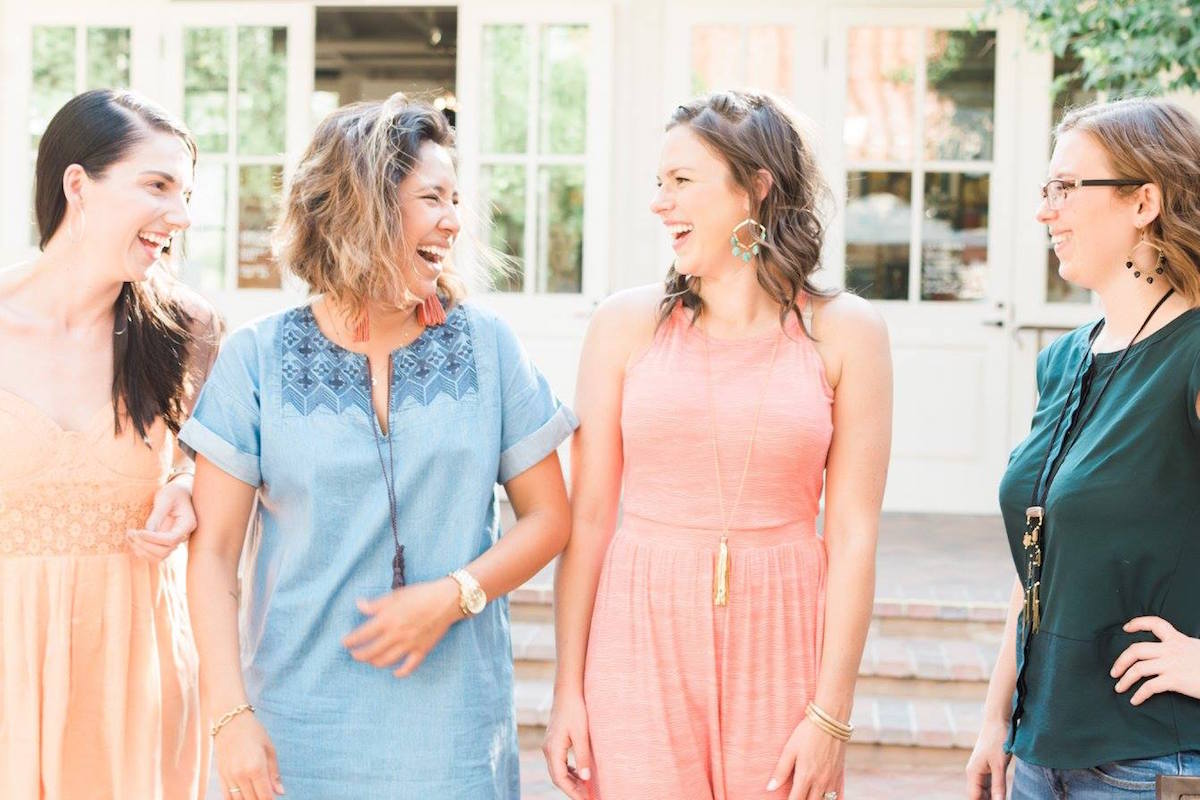 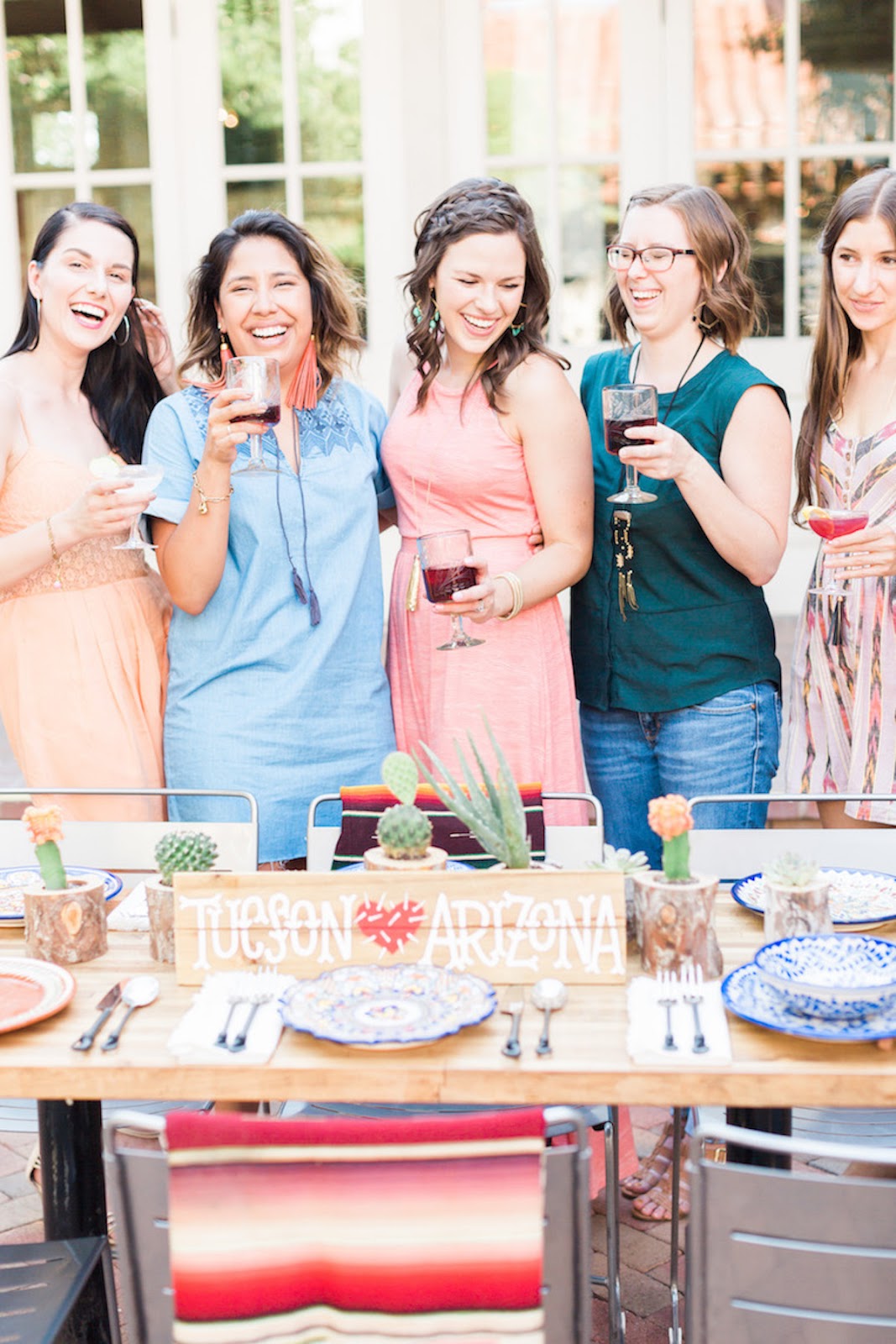 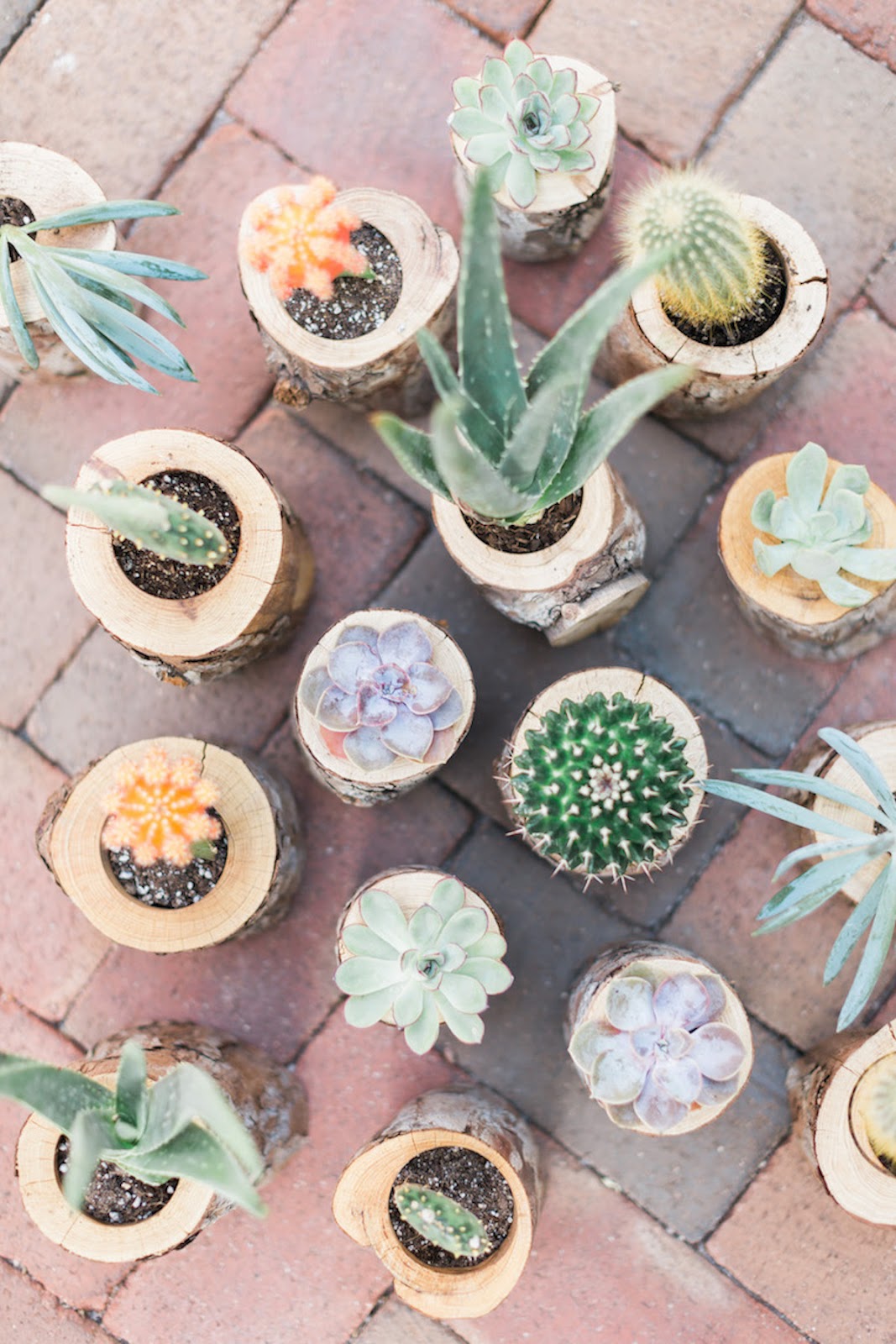 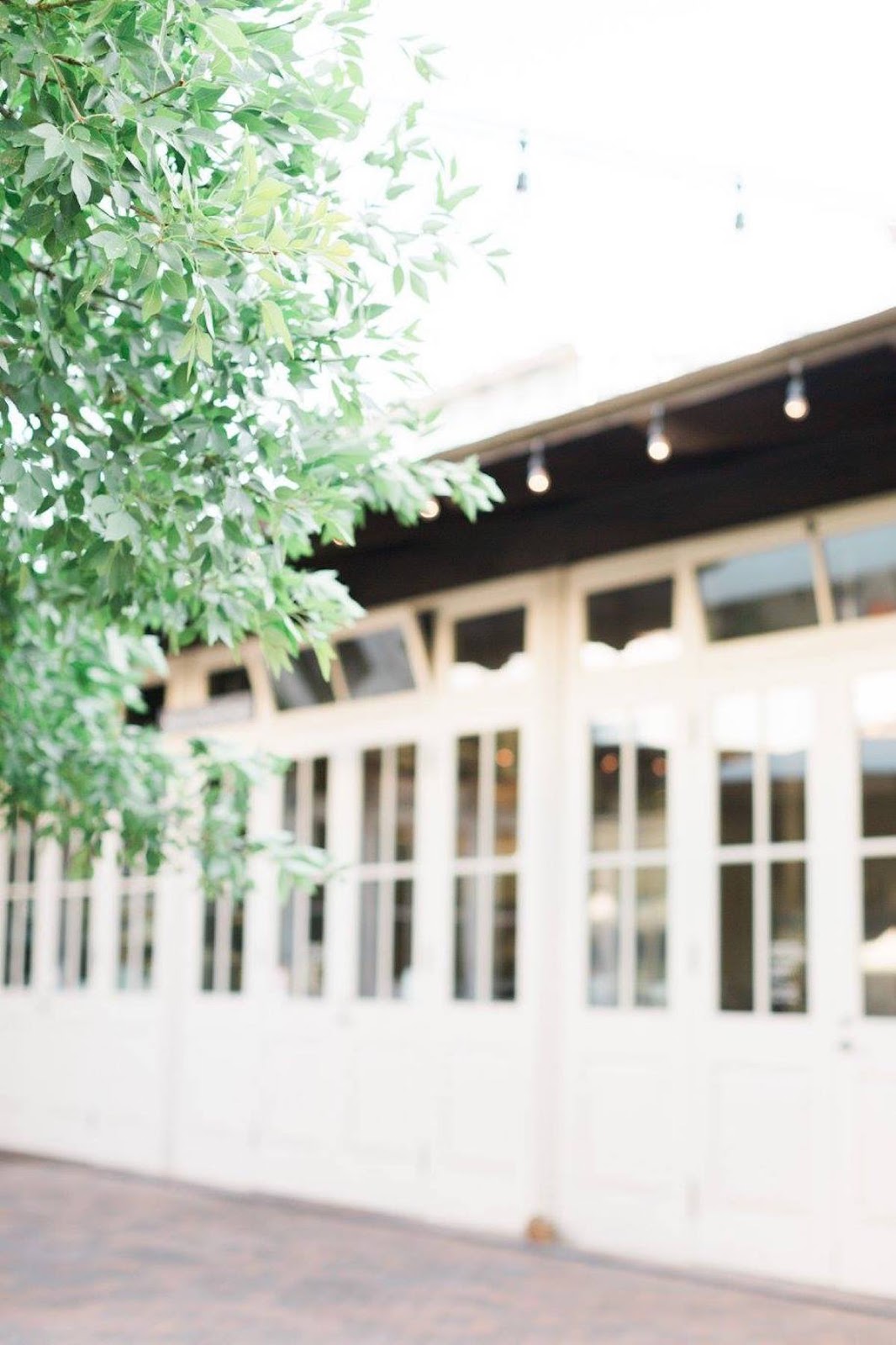 Now…it’s time for a fabulous giveaway!
I’ve teamed up with an amazing group of bloggers
to give YOU a chance to win:
a $500 Nordstrom shopping spree, just in time for the NSALE!

Simply enter below by completing the rafflecopter.
You’ll receive one entry per completion.
This giveaway is open internationally and runs until 7/19.
Winner will be announced here. Good Luck! Ep. 12 | Let’s Chat About Mental Health & Being a Licensed Marriage and... https://t.co/be5kcRxzNG on @bloglovin